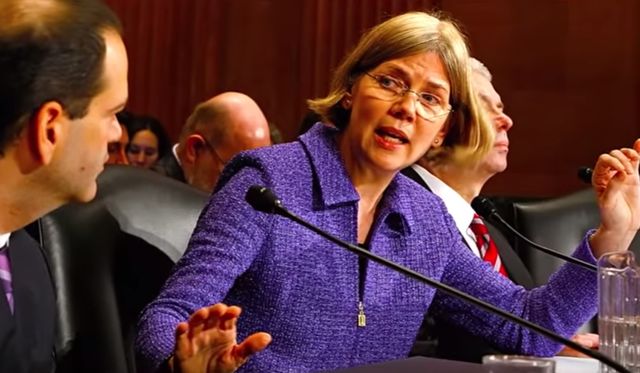 In the early ‘90s, the lawsuits started to pop up.

Within a few years, thousands of women had sued Dow Corning after becoming ill from defective breast implants. The gel implants would burst and leak silicone, which doctors could rarely eliminate entirely. This silicone was then associated with the development of several autoimmune diseases.

By ’95, Dow Corning had filed for bankruptcy, freezing all claims payments made to the women who’d been injured. Reports say, that the company turned to Elizabeth Warren, then a Harvard law professor, for help. At the time, Warren was well-established in the legal arena and renowned as a bankruptcy expert. She served on the Dow Chemical defense team during the case and facilitated the creation of a $2.3 billion fund, which was introduced to compensate for the stalled payments. But the fund only followed through on payments sporadically.

In around a dozen cases of this kind, big corps like Dow and Southwestern Electric Power Company sought out Warren as a consultant. She would provide advising on a variety of legal matters. And she’d take part in navigating those corporations' bankruptcies or would help manage their liability during settlements.

What do we make of Warren’s work in the ’90’s? It’s not atypical for law professors to reinforce their income with corporate jobs. So is this history inconsistent with Warren’s campaign promise to fight unconstrained capitalism and center women’s voices?

If knee-jerk cancel culture takes the oversimplified route, as it tends to, the most glaring follow up question becomes: is Warren a capital F Feminist? Or maybe: was Warren cozy with big corporations? But it’s probably more valuable to, instead, approach the subjects hovering in the background: how can we reconcile candidates’ knotty pasts with their recent strides and their present potential? Should we seek a sense of reconciliation at all?

Perhaps most importantly: how can we prioritize accountability when our reflexes tempt us to choose between becoming complacent or casting people aside?

Warren Has Pulled In More Donations Than Any Other Grassroots Campaign, Outstripping Sanders

Tags: Elizabeth Warren , lawsuit , Dow , cancel culture
Support Feminist Media!
During these troubling political times, independent feminist media is more vital than ever. If our bold, uncensored reporting on women’s issues is important to you, please consider making a donation of $5, $25, $50, or whatever you can afford, to protect and sustain BUST.com.
Thanks so much—we can’t spell BUST without U.