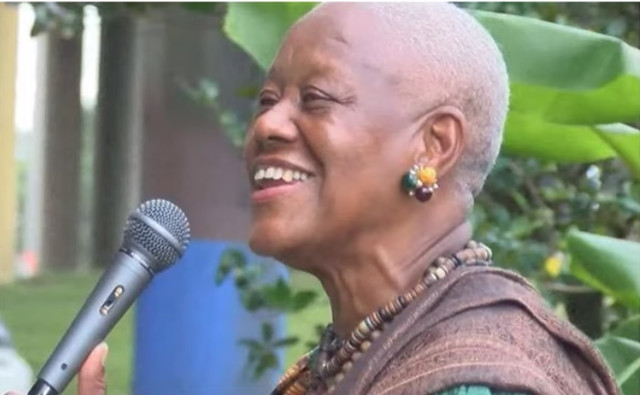 According to The Advocate, Roberts-Joseph’s was making cornbread on the afternoon of her murder when her oven went out. One out of eleven siblings, she brought the bread to her sister Beatrice Johnson’s home to bake.

“The bread is still there,” Johnson told The Advocate, “She never came back to get it.”

Limited information has been released about the murder besides that the car in which Roberts-Joseph was found was located approximately three miles from her home. In a Facebook post, the Baton Rouge Police Department pledged that “Our detectives are working diligently to bring the person or persons responsible for this heinous act to justice.” An autopsy has been scheduled for this Monday.

Though almost no information has been released regarding Roberts-Joseph’s death, local publication the Bayou Brief speculates that her murder may be tied to her work as an activist and educator.

Earlier this year, reports emerged that a growing number of activists involved with the 2014 protests in Ferguson, MO, which responded to the police shooting of unarmed black teenager Michael Brown, have shown up dead. Of the six deaths, two have been judged homicides, three suicides, and one an overdose, according to NBC. Though the deaths were linked in the media, there is no evidence of their connection or relation to Roberts-Joseph.

Still some Twitter users, such as activist Lamont Lily, have pointed out that she may be one victim in a chain of black leaders targeted in cities that have been home to major African American protests. Following the 2016 police shooting of Alton Sterling in which all charges were dropped against the officers, mass protests and upheaval swept Baton Rouge.

Went to bed w/ the death of Sister #SadieRobertsJoseph (Baton Rouge) pressing my spirit last night. Woke up and she was still there. Couldn't help but to think of Darren Seals (Ferguson)--two local Blk leaders found dead in the trunks of cars. Both cities of recent Blk uprisings. pic.twitter.com/UR6fFNXIzl

Roberts-Joseph’s death has quickly taken to social media. Under the hashtag #SadieRobertsJoseph, dozens of posts lament and pay tribute to the activist.

Among those who have spoken out following Robert-Joseph’s death is the NAACP Baton Rouge Branch with a Facebook post labeling her a “cultural icon.” A local record shop tweeted: “This is devastating. Just gutted. We loved Ms. Sadie, she’d stop by the shop in BR. She was so warm and kind to us from the moment we met.” Historian and author Blair Imani counts Roberts-Joseph as her mentor, creating an entire thread on Twitter listing her accomplishments and sharing anecdotes. Roberts-Joseph wanted all kids to know every country in Africa and volunteered to clean parks and cemeteries over weekends, Imani writes.

Baton Rouge Mayor Sharon Weston Broome took to Instagram, writing that Robert-Joseph “loved this city and its people. Her commitment to the cultural and educational fabric of our community is beyond description.”

The mayor has promised a $5,000 reward to anyone who comes forward with information leading to the arrest and indictment of the killer.

Tags: Sadie Roberts-Joseph , African American , Racism , Community , murder
Support Feminist Media!
During these troubling political times, independent feminist media is more vital than ever. If our bold, uncensored reporting on women’s issues is important to you, please consider making a donation of $5, $25, $50, or whatever you can afford, to protect and sustain BUST.com.
Thanks so much—we can’t spell BUST without U.