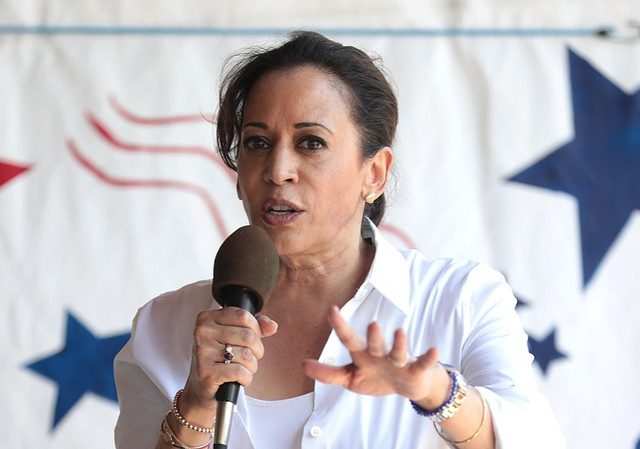 Democratic senator and 2020 presidential hopeful Kamala Harris announced a plan to end the nationwide backlog of untested sexual assault evidence on Thursday. Promising to invest $1 billion in funding, her proposal is contingent on increased transparency, more frequent evidence collection, and a shorter time frame for testing, according to a tweet by Harris.

Known as a “rape kit,” evidence of sexual assault from a survivor’s clothes, body, and verbal testimony can give law enforcement authorities the proof to find and possibly convict an attacker. Rape kits are done within 72-hours of an assault and often involve invasive proceedings including internal examinations, body swabs, and blood tests. Though survivors undergo these kits in hopes that their attacker will be brought to justice, according to an estimate offered by USA Today, "the number of untested rape kits reaches into the hundreds of thousands."

Untouched for about twenty years, 849 of 1,629 rape kits held in Austin police storage had evidence of mold on their exteriors, the Dallas News reported in 2017.

My plan to clear the rape kit backlog would:
✅Require states to annually report the number of untested rape kits
✅Require testing within a short time frame
✅Give survivors the right to know the status of their rape kits
✅Increase the availability of rape kits nationwide

With each rape kit costing between $1,000-$1,500 to test, a primary reason for the nationwide backlog is money, according to End the Backlog. The non-profit reports that two states have addressed the issue financially, with $2.75 million and $6.5 million being added, respectively, to the Alaska and California budgets in 2018.

New York District Attorney Cy Vance made one of the most comprehensive efforts to get rape kits tested in 2015, allocating $38 million to testing backlogged rape kits in 2015. A press release this past March announced the money led to the testing of over 55,000 rape kits across 20 states. The tests led to 186 arrests and 64 convictions, of which 47 were felony sexual assault.

End the Backlog reports that testing “backlogged rape kits has resulted in the identification of nearly 1,313 suspected serial rapists,” as of January 2018.

Though efforts to end the backlog have been few and far between, Harris argues that getting the money for rape kit testing is a matter of priorities.

“As California’s Attorney General,” Harris tweeted, “I made clearing the backlog of 1,300 untested rape kits at state-run labs a top priority—and we got it done within my first year in office. I announced a plan to dedicate that same focus on the national level.”

Harris’ plan has been met with a mixed response online, with critics speaking out against the high cost of the presidential candidate’s plan.

Responding with a tweet, Harris wrote: “My plan to close the nationwide rape kit backlog would cost about $2 million less each year than what taxpayers have spent on Trump’s golf trips.”