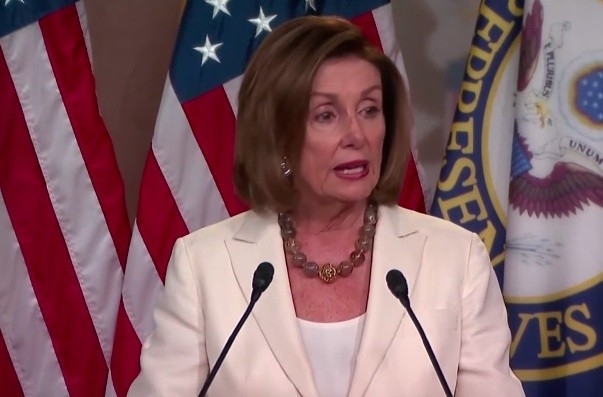 In an interview with Maureen Dowd of The New York Times, Nancy Pelosi didn't shy away from her opinions about some of the freshmen Democrats. Speaking about the recently passed border control bill, Pelosi chastised the ones who didn’t vote for it.  “All these people have their public whatever and their Twitter world,” she said. “But they didn’t have any following. They’re four people and that’s how many votes they got.” They’re not mentioned by name, but Pelosi is referring to Alexandria Ocasio-Cortez, Ayanna Pressley, Ilhan Omar, and Rashida Tlaib.

Alexandria Ocasio-Cortez commented on the slight in The Washington Post, as she felt that this was not the first time Nancy Pelosi has underminined her and some of her fellow Congresswomen.

"When these comments first started, I kind of thought that she was keeping the progressive flank at more of an arm's distance in order to protect more moderate members, which I understood...But the persistent singling out...it got to a point where it was just outright disrespectful...the explicit singling out of newly elected women of color," Ocasio-Cortez said.

None of this is to say I don't have a lot of respect for Pelosi. She was instrumental in passing the Affordable Care Act and has a long history of supporting LGBTQ rights; she’s been involved with Washington politics for a long time and, undoubtedly, her political acumen should not be overlooked. But there’s a lot Pelosi could learn from these freshmen Democrats as well. Until they regained the House last year, Democrats had been losing a massive amount of seats over the past decade, not to mention losing state legistlations and gubernational races. That’s not to put the blame squarely on politicians like Pelosi (gerrymandering and discrimintory voting policies are also at fault) but people turned out for Democrats last year in part because they were excited by the new crop of candidates and their progressive platforms. As we move into the 2020 election cycle, it would be great to see Pelosi and Ocasio-Cortez learning from each other, and to see Pelosi lifting up Ocasio-Cortez's, Pressley's, Omar's, and Tlaib's voices — instead of dismissing them.