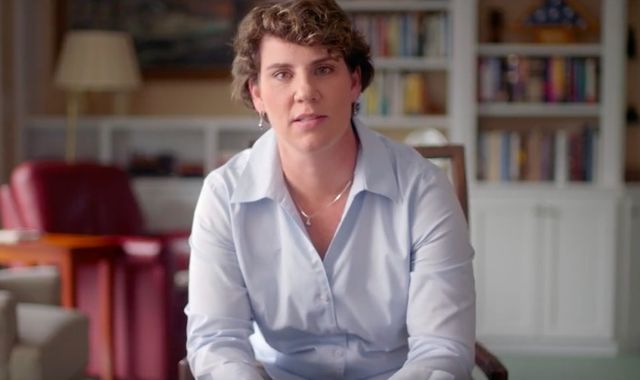 Amy McGrath, a former Marine fighter pilot, has officially thrown her name in the race as the Democratic senate challenger coming for Mitch McConnell’s seat. McGrath is an accomplished veteran, who “graduated from the US Naval Academy and overcame the odds to become the first woman in the Marine Corps to fly a combat mission in an F/A-18 fighter jet.” She served 20 years as a Marine. On July 9th, she released a video announcing her candidacy, claiming that McConnell has "bit by bit, year by year, turned Washington into something we all despise, where dsyfunction and chaos are political weapons."

"I'm running for Senate because it shouldn't be like this," McGrath says in the video.

It will undoubtedly be a tough race. In 2014, McConnell was challenged in a high profile race by a Democrat, Alison Lundergan Grimes (who went on to become Secretary of State for Kentucky). She lost by about 16 percent. Futhermore, Trump won the state by 30 points in 2016. McGrath pointed out the reasons he won in an interview on Tuesday:

“Kentuckians voted for Donald Trump because they wanted to drain the swamp and lower prescription drug prices...A lot of what has stood in the way of what Donald Trump promised is Senator McConnell.”

Hopefully the people of Kentucky will consider an alternative now that we see just how toxic and harmful both McConnell and the Trump administration have been for working class Americans. Luckily, McGrath already has a good start - on her first day, she broke fundraising records by raising $2.5 million.

Tags: Amy McGrath , Mitch McConnell , Congress , 2020 , Kentucky
Support Feminist Media!
During these troubling political times, independent feminist media is more vital than ever. If our bold, uncensored reporting on women’s issues is important to you, please consider making a donation of $5, $25, $50, or whatever you can afford, to protect and sustain BUST.com.
Thanks so much—we can’t spell BUST without U.