A Ugandan Feminist Wrote A Poem About A Vagina, Then She Was Arrested 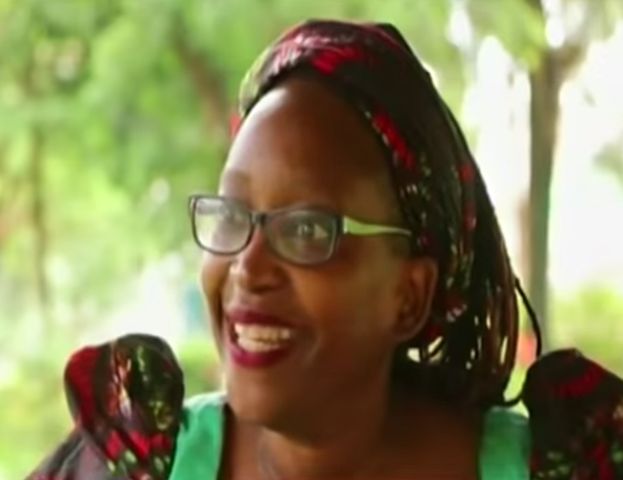 CNN published a piece detailing the trial as part of their As Equals series, dedicated to investigating gender inequality. Here’s what they found.

Stella Nyanzi was a well-known feminist and activist even before her poem went viral. Last June, she rallied protestors calling out how the government handles women’s murder and kidnapping cases. And for decades, she’s been recognized as a prominent figure in academia and social justice, especially in her efforts to defend LGBTQ people and sex workers.

In September of 2018, she posted a poem on Facebook that critiqued Ugandan President Yoweri Museveni. She didn’t hold back. In the poem, published on the day after Museveni’s birthday, Nyanzi writes that she wished the President would have drowned in his mother’s vagina at birth: “Suffocated you just like you are suffocating us with oppression, suppression and repression!. . . Drowned you as vilely as you have sank and murdered the dreams and aspirations of millions of youths who languish in the deep sea of massive unemployment.”

The government’s accusation: “cyber harassment and offensive communication." She’s been held for 8 months at Luzira Women’s Prison and now her trial has arrived. This week Nyanzi will submit her defense; she has asked the court to summon 20 witnesses, including the President himself.

But this isn’t the first case of its kind. Nyanzi is one of three women who has been arrested this year for publishing a sharp takedown of the Ugandan government. Nyanzi herself was arrested in 2017 for a different Facebook post, which denounced Janet Museveni, Uganda’s First Lady, for bailing on her promise to ensure schoolgirls have access to sanitary pads.

Throughout these legal battles, Nyanzi has remained firm in her position. "Politeness has been taken, it's been held captive, and they don't listen any more. So sometimes all you have to say is 'f*** it!' . . . And then people will hear and take you seriously,” she asserts. This strategy has been dubbed “radical rudeness” and it’s become a substantive method of protest in Uganda. Activists like Nyanzi utilize the strategy to subvert the double standards that regulate expression as well as to call attention to political corruption and gender violence.

Though she had the option to post bail for her most recent arrest, Nyanzi declined: "Bail to go and do what? Bail to go where? To go back and still live in fear every time I write a Facebook post?" She believes, instead, there is only one viable response to a culture of silence: be vehemently, unapologetically vocal.

In Egypt, Women Are Being Jailed For Sharing Their #Metoo Stories

Female Bikers In Pakistan Are Pumping The Brakes On Misogyny