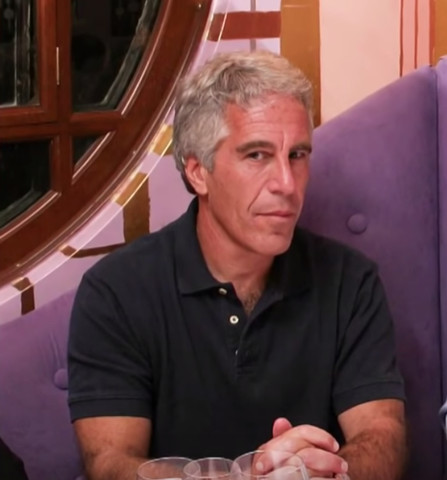 The fourteen-year-old victim was driven to Jeffrey Epstein’s Palm Beach mansion by Haley Robson, one of many sexual recruiters for the now-66-year-old hedge fund manager. With the name redacted because of her age, a 2006 police report details the girl’s experience: walking past the pictures of naked women on Epstein’s bedroom wall and providing the financier with a “massage.”

Epstein was arrested this past Saturday on charges of sex trafficking of minors and conspiracy to engage in sex trafficking of minors. He is currently being held in the Metropolitan Correctional Center and faces up to 45 years in prison as well as the forfeiture of his assets, including a massive mansion on the Upper East Side. Far from being the only victim, the unnamed fourteen-year-old is one of an unknown number of women abused by Epstein between 2002-2005, with a 2018 investigation by the Miami Herald placing the number in the hundreds. Accusations range from groping and penetration with fingers to sexual intercourse and being “loaned” for sexual purposes to Epstein’s A-list inner circle. Girls were paid in cash following sessions and Epstein was aware that many were underage, even telling one recruiter “the younger the better” and dismissing a 23-year-old as too old, according to the police report.

He pleaded not guilty to the charges in court on Monday afternoon.

This is not the first time Epstein has faced criminal charges for his sexual exploitation of minors. In 2007, Epstein fought similar accusations before the then-U.S. Attorney for Southern District of Florida and now-Secretary of Labor Alex Acosta. Hiring a gang of lawyers and investigators, Epstein’s representatives launched vicious character attacks on the victims who stepped forward and used intense intimidation tactics to pressure the court into an easy sentence with Acosta’s help. Epstein was ultimately let off on the bizarrely easy charge of soliciting a minor, rather than the much more severe (and accurate) charge of sex trafficking, according to the Daily Beast. His only punishments were to register as a sex offender, privately pay off certain victims, and spend 18 months in county jail, of which he ultimately only served 13 and could leave six days per week for “work release.”

As Secretary of Labor, Acosta is responsible for legislation regarding human trafficking and Epstein’s arrest has sparked demand for him to step down from the position.

But Acosta isn’t the closest Epstein’s crimes get to the White House.

Epstein is known to be the longtime friend of both President Bill Clinton and President Donald Trump. Clinton is suspected of having been a passenger on Epstein’s private jet 36 times—a plane referred to as the “Lolita Express” and on which private sex parties were held with underage girls, as reported by the Miami Herald. The former president released a statement on Monday claiming that he only flew on the plane four times and was not aware of Epstein's criminal activity.

Trump has been implicated on three occasions, the first of which is by a statement he made to New York Magazine in 2002 saying, “I’ve known Jeff for fifteen years. Terrific guy. He’s a lot of fun to be with. It is even said that he likes beautiful women as much as I do, and many of them are on the younger side.” He is further tied to Epstein’s sex trafficking by a victim named Virginia Roberts Giuffre, who claims to have been forced into sexual slavery by Epstein and “loaned out” to his friends for sex. She specifically names Queen Elizabeth II’s son Prince Andrew and Epstein’s lawyer Alan Dershkowitz as two such friends, though both have denied the claim.

Giuffre states, according to the Daily Beast, that she was first approached about meeting Epstein at Trump’s golf resort Mar-a-Lago, where Epstein was a regular, thereby implicating Trump as overlooking trafficking on his own property. The last known link is a dropped—reportedly as a result of threats and fear for her life—2016 lawsuit accusing Trump and Epstein of brutally raping a 13-year-old girl at multiple parties organized by Epstein.

Years after Epstein’s crimes were initially reported and prosecuted, his victims finally have a real shot at seeing their abuser locked behind bars. Speaking out before #Metoo, those who suffered at Epstein’s hands were dismissed, harassed, and kept from justice by a court run by Acosta—who clearly valued one man’s wealth over the safety and vindication of hundreds of women. Now, with men like Harvey Weinstein and Bill Cosby sitting in prison, these women might speak out and actually be heard. As the District Attorney for the Southern District of New York said, “While the charged conduct is from a number of years ago, the victims – then children and now young women – are no less entitled to their day in court.”

6 Things You Need to Know About Human Trafficking

Tags: Sex trafficking , sexual abuse , Epstein , victim
Support Feminist Media!
During these troubling political times, independent feminist media is more vital than ever. If our bold, uncensored reporting on women’s issues is important to you, please consider making a donation of $5, $25, $50, or whatever you can afford, to protect and sustain BUST.com.
Thanks so much—we can’t spell BUST without U.