Changing The Face Of The Border Crisis 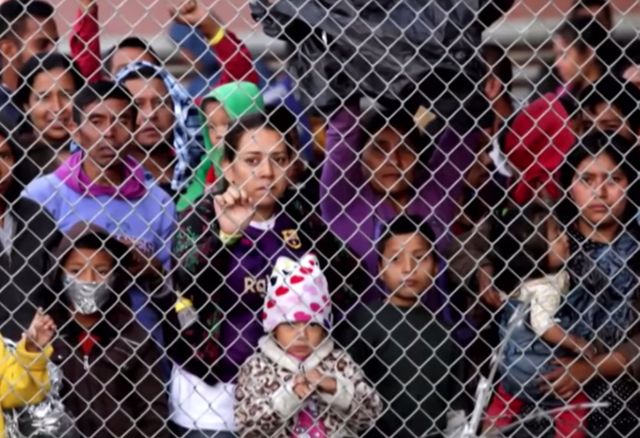 Media representations of the border have historically focused on men. Typically, they use coded language and racist rhetoric to criminalize young men, predominantly from Mexico, El Salvador, and Guatemala. Trump added the term “zero-tolerance” to that vocabulary last year, in an attempt to firm up the narrative that asylum seekers are a ‘threat to national security.’ But the escalating crisis that’s now being exposed along the US-Mexico border paints a much different portrait: primarily of women and children.

Asylum seekers are kept in abusive conditions for weeks or even months at a time at Customs and Border Protection (CBP) facilities. Images and stories shared from detention centers in Texas reveal groups of women sleeping on the floors of concrete, overcrowded cells. Many are denied medication, provided with insufficient or nutrient-poor food, subjected to the apathy and aggression of guards, forced to live in unsanitary conditions, and remain separated from their children—all without proper legal representation.

Some of the most disturbing details involve guards telling dehydrated women to drink from toilets if they’re thirsty and federal immigration agents taking a breastfeeding infant away from her mother. Most recently, Alexandria Ocasio-Cortez and several other Democrats have visited detention centers to personally witness a plethora of human rights violations.

But because CBP fails to keep updated statistics, it’s almost impossible to know the exact demographics of each border facility, let alone grasp the full spectrum of abuse occurring there. What is clear: the face of the border crisis has changed. We’ll see if that shift will prompt substantial political action.