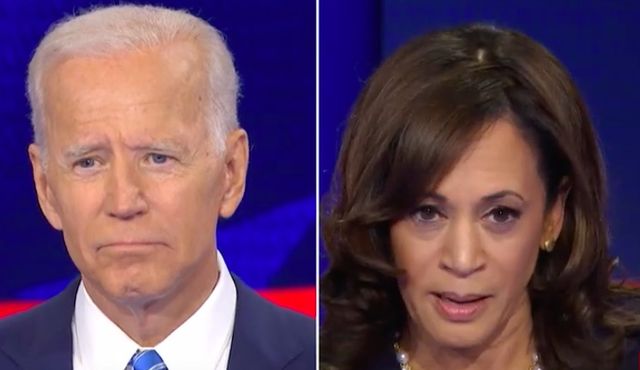 “As the only black person on stage,” said Senator Kamala Harris, innocently introducing what would become the biggest take-down of the first 2020 democratic presidential candidate debate, “I would like to speak on the issue of race.”

Specifically calling out Vice President Joe Biden, Harris zeroed in on the Democratic frontrunner’s troubled relationship with race both in his current campaign and long history working in Congress. In a presidential race that is bound to be centered on which candidate can triumph in debate, standing up to Trump and squashing his petty bullying, last night Harris did the job right.

Earlier this month, Biden came under fire for naming former senators James O. Eastland and Herman Talmadge, notoriously racist Democrats and rivals of desegregation, in a speech celebrating civility within Congress. Using a misguided, anecdotal attempt to illustrate that camaraderie once reigned supreme over ideological difference, Biden recalled: “I was in a caucus with James O. Eastland. He never called me 'boy,' he always called me 'son.’”

Called upon to apologize for his comments by presidential candidate Cory Booker—because, shocker, maybe getting along with racists isn’t the united ideal we should aim for?—Biden responded by saying: “Apologize for what? There’s not a racist bone in my body.”

“It is personal,” Harris said at the debate. “It was hurtful to hear you talk about the reputations of two United States senators who built their reputations and career on the segregation of race in this country.”

“And it was not only that,” she continued, “but you also worked with them to oppose bussing. And you know, there was a little girl in California who was part of the second class to integrate her public schools, and she was bused to school every day. And that little girl was me.”

Even though Brown v. Board of Education necessitated the desegregation of schools all the way back in 1954, Biden strongly opposed efforts to desegregate schools through bussing—driving white children to majority black schools and vice versa. According to TIME magazine, Biden supported anti-bussing bills in 1975 and 1977, even introducing legislation himself in 1976 to stop the federal government from using bussing as a means of desegregation.

Senator Harris asked Vice President Biden last night, “Do you agree today that you were wrong to oppose bussing in America then?”

“No,” he said, “I did not oppose bussing in America. What I opposed is bussing ordered by the department of education. That’s what I opposed.”

Joe Biden's history is a mixed bag with a lot of good and a lot of not so good. And while it might not be fair to hold decisions forty years out of date against him, Biden is showing time and time again that old beliefs die hard. After all, it was only after massive backlash earlier this month that he criticized the Hyde amendment after standing behind it for the entirety of his political career. He still refuses to acknowledge his own role in perpetuating segregation. And last night, Biden seemed so unsure of what positions to support or oppose that him glancing around at other candidates in "show of hands" questions, while dithering over whether or not to raise his own, has become a meme.

Answering for his past with pandering positions on issues and weak denials of historical fact won't work. Last night Senator Harris masterfully took down one man who refuses to apologize for his actions, and I can’t wait to see her beat the next.

Tags: Kamala Harris , Joe Biden , 2020 , President , Presidential candidate , debate , segregation , bussing , desegregation , Kamala Harris , Joe Biden , Democratic debate
Support Feminist Media!
During these troubling political times, independent feminist media is more vital than ever. If our bold, uncensored reporting on women’s issues is important to you, please consider making a donation of $5, $25, $50, or whatever you can afford, to protect and sustain BUST.com.
Thanks so much—we can’t spell BUST without U.