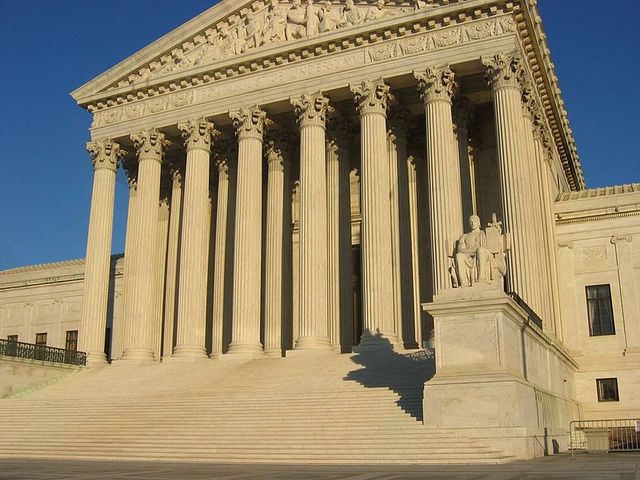 Under the power of precedent, the Supreme Court finally did something right. On Friday, they declined to hear an appeal for a 2015 Alabama ban on the procedure used in 99 percent of second-trimester abortions, upholding a lower court’s ruling that outlawed the rule, finding that it was in violation of Roe v. Wade. The proposed procedural ban, which would virtually outlaw any abortion in Alabama after fifteen weeks, was ruled down before it could go into effect.

Designed to chip away at the longstanding legacy of Roe v. Wade, the federal law protecting reproductive rights, the case in question is not the same as the even more restrictive Alabama law entirely criminalizing abortion, which was signed by Republican Governor Kay Ivey in May. Although that ban is also facing legal challenge, it has not made its way to the Supreme Court just yet.

The Supreme Court has had a recent track-record of sidestepping abortion cases aimed at taking down Roe v. Wade. In May, the court upheld an Indiana law that requires the burial or cremation of a fetus following an abortion, but declined to rule on the state’s abortion ban based on sex, race, or disability - sending it down to the lower courts. This evasion of abortion cases is actually a good thing, as the 5-4 conservative majority isn’t guaranteed to uphold the right to an abortion.

Although Justice Clarence Thomas agreed the Supreme Court should not hear the Alabama procedure appeal, he also indicated that if the court did, he would vote in favor of the ban. Thomas even reiterated the weaponized language used by the prosecution, referring to the procedure as the “dismembering of a living child,” according to The Hill. State lawmakers in support of the ban have described the procedure as a “dismemberment abortion,” but medically it is known as “dilation and evacuation,” as the cervix is dialated so the fetus can be removed in parts.

While it’s no surprise that one of the most conservative justices on the Supreme Court would support abortion restrictions, it is certainly disheartening in a divisive political climate that seems to be inching towards a court showdown on Roe v. Wade. There’s no need to get too terrified of sweeping change just yet, as many legal experts have predicted that the top federal court will likely not take on any profound abortion cases in the near future.

However, incremental successes at restricting reproductive rights are still dangerous, as they slowly normalize us into a reality far different from where we want to be. Even Alabama lawmakers used this tactic in defense of the law, suggesting that their ban was not a total criminalization of second-trimester abortions, because they affirmed the legality of alternative procedures to be used instead of “dilation and evacuation.” But the other procedures were quickly deemed unsafe, and experimental, putting the mother’s life at risk in order to salvage some conservative notion of what it means to humanely treat a fetus. As states are increasing their efforts to directly challenge Roe v. Wade, they are getting worse and worse at pretending these laws are meant for anything but to restrict women.

Tags: Roe v. Wade , abortion , Alabama , pro-choice
Support Feminist Media!
During these troubling political times, independent feminist media is more vital than ever. If our bold, uncensored reporting on women’s issues is important to you, please consider making a donation of $5, $25, $50, or whatever you can afford, to protect and sustain BUST.com.
Thanks so much—we can’t spell BUST without U.