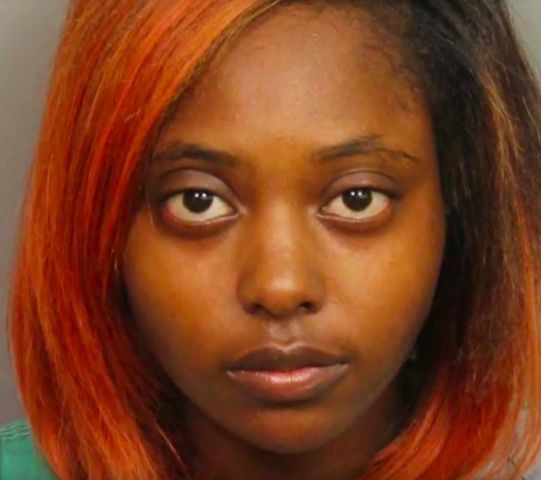 Pregnant Marshae Jones was shot in the stomach in December, 2018. On Wednesday, she was indicted for the murder of her unborn baby. Sounds absurd, right? That’s because it is.

The manslaughter charge claims that because Jones started the fight with another woman, allegedly over the father of the fetus, she put her unborn child in harm’s way, and is therefore responsible for its death. Prosecution is arguing that the other woman, Ebony Jemison, shot Marshae Jones in self-defense. Five times.

But this isn’t just a logic problem meant for students in their first year of law school, and it certainly cannot be examined in an apolitical bubble. The shooting happened in Alabama, recently notorious for its efforts to make abortion a crime, placing the value of an unborn fetus above that of any pregnant woman - especially a black, pregnant woman. Race cannot be ignored when thinking about Jones’ arrest, considering the deliberate measures the state has taken to criminalize black bodies. In the eyes of Alabama, and Lt. Danny Reid of Pleasant Grove, who said “the only true victim in this was the unborn baby,” Marshae Jones is not a full person deserving of justice and a recognition of her humanity, but a host body the single purpose of bringing a healthy, living baby into the world. And turns out, if she can’t do that, she deserves to go to jail.

The reality is, if Marshae Jones hadn’t been pregnant, she wouldn’t have been indicted. Pregnant people have a responsibility to their fetus by virtue of carrying it inside them, however, is it really justified to declare that they have more of a responsibility than the father of the child because of biological circumstance? Following that logic, it makes sense to ask where the father was during the fight, and if he should have been there to stop it. And if the fight really was a dispute over his paternity, isn’t he responsible by virtue of infidelity? Blame is a tricky rabbit hole to navigate, but if one thing is clear, it’s that the prosecutorial efforts are not about getting justice for the fetus, but about punishing black women. This is particularly clear when you consider how little law enforcement cares for black people once they are born.

Marshae Jones was also only indicted for manslaughter after a grand jury failed to find Ebony Jemison, the woman who shot Jones, guilty. After our judicial system failed to put one black woman in prison, they went for the other one. Jones and Jemison’s objectified bodies are easily interchangeable, as long as they can be used to uphold the narrative of black criminality. The police reports after the event are ripe with conservative narratives, from the glorified morality of the “unborn baby”, to the framing of black mothers as bad parents, to using guns in self-defense. Meant to invoke age-old American narratives of black inferiority, control over women, and pro-gun propoganda, the public statements are nothing but a thinly veiled advancement of Alabama’s conservative political agenda under the guise of an apolitical judicial system.

If we look at the full picture, the criminalization of Marshae Jones is occuring in a state that has recently made abortion illegal, proving itself to care first and foremost about restricting reproductive rights, and women’s bodily autonomy. This case, although not a purposeful abortion, similarly is about the state attempting to expand its control over women - through the criminalization of pregnancy under the logic of fetal personhood. As the New York Times writes, defining fetuses as humans with full constitutional rights, as fetal personhood does, would make a pregnant woman “cease to exist as an autonomous person. Her womb would become a legal battleground.” That’s why advocacy groups, such as the National Abortion Fund, and Yellowhammer have reached out in support of Jones, even promising legal aid.

What’s important to recognize here, however, is that Jones did not want an abortion. She lost her child because of violence, not because she chose to. What’s missing from the news reporting and “hot takes” on this event is compassion for the suffering that Marshae Jones has gone through: physically, of course, but also in unwillingly losing her child. Yes, she got in a fight. But that does not mean her baby deserved to die, and that does not mean she should go to prison.

Tags: feminism , police , racism , alabama , abortion , women
Support Feminist Media!
During these troubling political times, independent feminist media is more vital than ever. If our bold, uncensored reporting on women’s issues is important to you, please consider making a donation of $5, $25, $50, or whatever you can afford, to protect and sustain BUST.com.
Thanks so much—we can’t spell BUST without U.