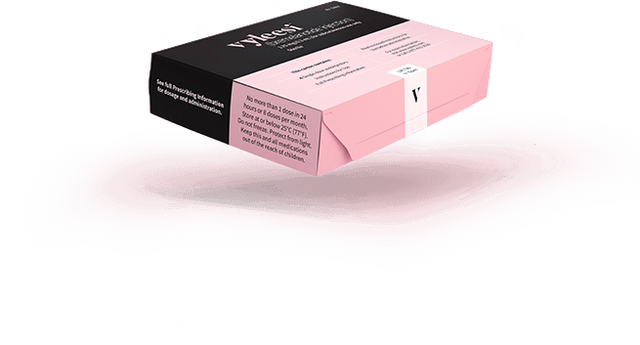 On June 21st, the U.S. Food and Drug Administration approved Vyleesi, the second drug to treat low sexual desire in premenopausal females. The medication, injected 45 minutes before sexual activity, differs from the only other drug on the market, Addyi, which is a daily pill that has been criticized for interfering with peoples’ lifestyles, as you can’t drink alcohol. However, the improvements over Addyi are marginal - Vyleesi reported to only increase sexual desire in 25 percent of women, compared to 17 percent who had taken the placebo.

Vyleesi has been publicly described as “female Viagra” - popularly touted as an equivalent to the pill designed to address erectile dysfunction. This common comparison could not be more misleading. While Viagra works by increasing blood flow to the penis through the dilation of blood vessels, Vyleesi’s works in the brain, activating receptors for melanocortin hormones, to combat Hypoactive Sexual Desire Disorder (HSDD). HSDD is not an issue of bodily mechanics, but a decreased libido resulting from a variety of medical, psychological, and even relational issues. While both Viagra and Vyleesi are take-as-needed drugs, the similarities between the two end there.

About 10 percent of women in the United States have HSDD, which has been largely stigmatized and often overlooked. Vyleesi could be a useful pharmaceutical option for those looking to increase their sexual libido, however the medication is largely disappointing, nowhere near living up to the legacy of Viagra. In addition to only 1 in 4 reporting greater desire, about 40 percent described nausea after using the drug. And even when the medication is successful, patients cannot take the drug more than twice in 24 hours, or more than eight times a month, which places limitations on sexual activity.

It is important to note that while the drug has had some success increasing female sexual desire, it is not a coercive medication, and will not make people engage in activity that they would not otherwise consent to. So while Vyleesi cannot not be co-opted as a date-rape drug, some doctors and therapists have raised concerns that the medication might be used as a “band-aid” for unhealthy relationships, according to Insider. HSDD is a complicated disorder, with one of it’s biggest indicators being distress. Rachel Wright, a relationship therapist, warns that distress can easily be a result of a relationship-related issue, requiring communication and maybe therapy - rather than a drug to increase sex driive.

Vyleesi is not “female viagra.” Viagra, at this point, is an age-old pill that doesn’t increase sex drive - just size. I guess the vagina’s equivalent of that would be good, old-fashioned cunnilingus, or even some lube. Be careful when addressing low libido, because maybe it’s not your brain that’s the issue, but your partner. This is an especially important dynamic to be aware of, as women in toxic and abusive relationships are often conditioned to blame themselves, or find fault and responsibility in their own actions and behavior, rather than that of their partner. Not all Viagras are created equal, even if it’s being marketed to look like Glossier’s Vinylic Lip. This one’s not even close.