Megan Rapinoe Basically Said F*ck The White House, And This Is How Trump Responded 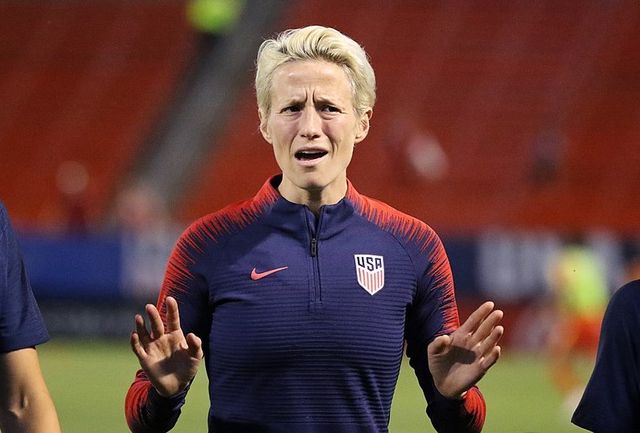 The American women’s soccer team will play France this Friday, competing for the Women’s World Cup.

In response to Rapinoe’s comment, Trump tweeted, “Women’s soccer player, @mPinoe, just stated that she is “not going to the F...ing White House if we win.” Other than the NBA, which now refuses to call owners, owners (please explain that I just got Criminal Justice Reform passed, Black unemployment is at the lowest level...” Cheeto face continued. “....in our Country’s history, and the poverty index is also best number EVER), leagues and teams love coming to the White House. I am a big fan of the American Team, and Women’s Soccer, but Megan should WIN first before she TALKS! Finish the job! We haven’t yet.... ....invited Megan or the team, but I am now inviting the TEAM, win or lose. Megan should never disrespect our Country, the White House, or our Flag, especially since so much has been done for her & the team. Be proud of the Flag that you wear. The USA is doing GREAT!”

Rapinoe follows in the footsteps of other victorious sports teams who have opposed visiting the Trump administration. After the Golden State Warriors won the NBA finals last year, the team chose collectively to not attend Trump’s invitation to the White House (which he later rescinded on Twitter. Shocker.). In 2018, Trump cancelled his invitation to the Philadelphia Eagles, Super Bowl champs, supposedly over the controversy of players kneeling during the National Anthem.

But Rapinoe is no stranger to speaking out, as she has been an active participant in social justice issues. In 2016, Rapinoe stood in solidarity with Colin Kaepernick and took a knee about a month after media started reporting about the former NFL’s decision to kneel during the National Anthem.

According to CNN, she said of the issue: “I think it's actually pretty disgusting the way he was treated and the way that a lot of the media has covered it and made it about something that it absolutely isn't. We need to have a more thoughtful, two-sided conversation about racial issues in this country.”

Rapinoe, who is openly gay, once described herself as a “walking protest,” and of course our President has something to say about her actions she has taken in honor of social justice.

In an interview with The Hill, Trump said he doesn’t “think it’s appropriate” for Rapinoe to protest when the national anthem is playing. Okay Trump. Okay.