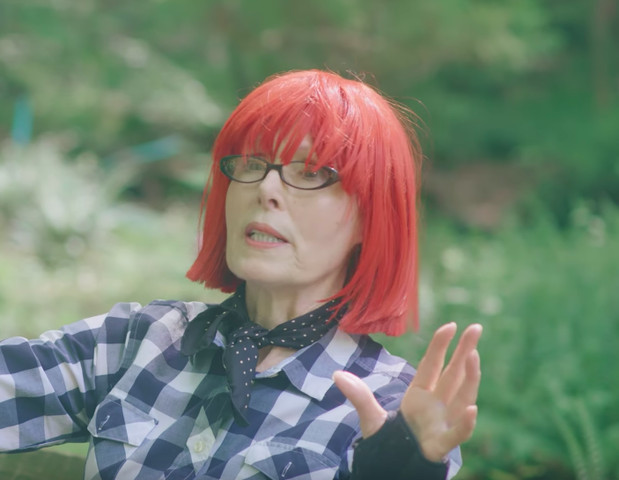 New York Magazine’s cover story, published this Friday, reveals the dark details of an assault perpetrated by Donald Trump against E. Jean Carroll, a writer and TV show host, twenty-three years ago. She writes of the devastating rape in the dressing room of Bergdorf Goodman in New York, where Trump coaxed her into picking out lingerie for a woman he was seeing, convinced her to go into the dressing room, and then pushed her against the wall, where he brutally violated her. Carroll says that she was first charmed by his looks and candor, then becoming acutely aware of his size and strength when he forced himself upon her. I will spare you from any specific details, but if you do want to read Carroll’s account of the event, you can find it here. She published the piece, “My List of Hideous Men” in New York Magazine this Friday, as an excerpt from her book, What Do We Need Men For? A Modest Proposal, to be published on July 2.

Jean Carroll is now the sixteenth woman to go public about being sexually violated by the President of the United States. She makes the intentional point of naming the other fifteen women who have also spoke out: “Jessica Leeds, Kristin Anderson, Jill Harth, Cathy Heller, Temple Taggart McDowell, Karena Virginia, Melinda McGillivray, Rachel Crooks, Natasha Stoynoff, Jessica Drake, Ninni Laaksonen, Summer Zervos, Juliet Huddy, Alva Johnson, and Cassandra Searles.” By including the other women in her narrative, Carrols makes it clear that she is standing in solidarity with the other women who have not only courageously spoken out about their trauma, but who have also largely been silenced and not believed in a rape culture that unwaveringly affirms and supports perpatrators of sexual violence.

There’s no justice when your rapist is the President of the United States. Of course, there's very little accountability when your rapist is just about anyone, as we've seen time and time again. But just as we’ve seen in the instances of the fifteen other women who came before Carroll, we will likely see a large-scale response of denial, insults, and zero (no, negative) accountability from Trump and from his supporters. The White House has already emphatically rejected Carroll’s claims, taking aim at her credibility for going public with the event so many years later. But Carroll’s a smart woman, staying one step ahead of our literal executive office, answering such doubts in her piece. Carroll writes that she did not come forward with her story because of fear—fear of “death threats, being driven from my home, being dismissed, being dragged through the mud.” Carroll did not want to face Trump again with her story, knowing that he would likely “deny, threaten, and attack” her, just like he did the first time around.

Carroll did tell two close friends at the time, both journalists, who had polar opposite reactions. One told Carroll that she had been raped, and that she should go to the police. The other told her that Trump was too powerful, with 200 lawyers, and that she should forget it. New York Magazine confirmed that she confided in those women when the assault occurred, but there are unfortunately no security tapes from Bergdorf Goodman to document Trump’s violence. Carroll clarifies in her writing that even if there were tapes, the narrative could, and likely would, still be misconstrued to undermine her claims. If there’s one thing rings devastatingly close to home after reading Carroll’s story, it’s that she is a woman who knows she will not be believed.

What does justice then look like for E. Jean Carroll and the fifteen other women (maybe more) who have been sexually assaulted by Donald Trump? If not legal accountability, or widespread social validation that they are indeed telling the truth, what can we do for these women? In feminist pockets, we must emphatically affirm their stories, the truth. For every person that didn’t believe me after I talked openly about my rape, I would cry with happiness and relief for the people that did. We cannot take away each other’s trauma. We can, however, hold it together and share the weight, in the hope that we may be able to breathe a little bit more freely.

Tags: E. Jean Carroll , rape , Donald Trump , sexual assault , assault survivor
Support Feminist Media!
During these troubling political times, independent feminist media is more vital than ever. If our bold, uncensored reporting on women’s issues is important to you, please consider making a donation of $5, $25, $50, or whatever you can afford, to protect and sustain BUST.com.
Thanks so much—we can’t spell BUST without U.