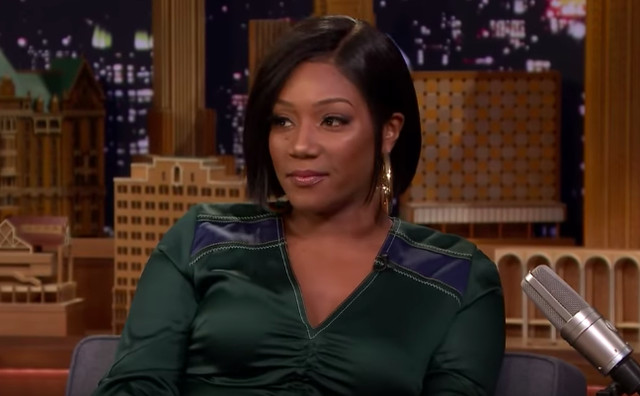 Since the fetal heartbeat abortion law was signed in Georgia, women in Hollywood have been standing in solidarity by deciding to not film in the state, and Tiffany Haddish is now making headlines by choosing to cancel her show in Atlanta.

Haddish was set to perform in Atlanta June 22 at the Fox Theatre, but decided to pull the plug. In a statement to CNN, the comedian and actress said, “After much deliberation, I am postponing my upcoming show in Atlanta. I love the state of Georgia, but I need to stand with women and until they withdraw Measure HB481, I cannot in good faith perform there.”

TMZ caught up with Haddish in L.A. Sunday night, and when asked about cancelling her show, it “wasn’t tough at all” to cancel her show. “If I can’t have control over my body, and if no other woman can have control over her body, why would I perform there?” She compared the law to “slavery,” saying, “I read that bill and it looks like new slavery to me.”

She also started to choke up, referencing how she was once belonged to the state when she was in foster care as a child: “I was state property. I was a foster youth, I belonged to the government of California. The government in California determines what I get to do with my body. Now I’m a grown woman, I get to determine what I do with my body. So if you tell me I have to do what you say, I don’t even know you. You don’t even know where I live, you don’t know what I go through, you ain’t came through my neighborhood, you ain’t slept in my bed, you don’t know what I have to deal with you and you’re telling me I have to do what you say?”

Haddish joins other celebrities like Kristen Wiig, Jason Bateman, and David Simon (creator of The Wire) who have spoken out and stated they would not film in Georgia to support women in light of the recent anti-abortion law.

Top photo: Screenshot of Tiffany Haddish on The Tonight Show with Jimmy Fallon/YouTube