Hacker Tried To Violate Bella Thorne, She Fought Back 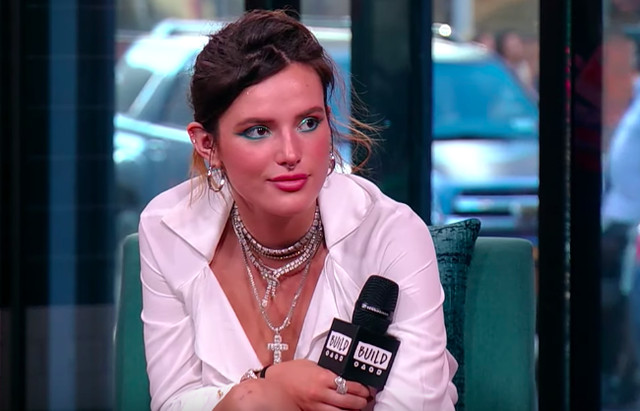 Former Disney Channel star Bella Thorne joins Kim Kardashian, Jennifer Lawrence, Amber Heard, and a whole slew of ofther women celebrities who have gotten their personal photos hacked. However, in a boss bitch move, Thorne acknowledged the hacker, and posted the nude photos on Twitter herself.

Last Thursday, some questionable tweets were posted, and it didn’t take long for Thorne to indeed confirm that her account was compromised. In a lengthy note posted on Saturday, Thorne said of the hacking:

“For the last 24 hours I have been threatened with my own nudes I feel gross, I feel watched, I feel someone has taken something from me that I only wanted one special person to see … For too long I let a man take advantage of me over and over and I’m fucking sick of it, I’m putting this out because it’s MY DECISION NOW U DON’T GET TO TAKE YET ANOTHER THING FROM ME.”

In the same tweet thread, captioned “Fuck u and the power u think you have over me. I’m gonna write about this in my next book,” Thorne posted two screenshots which included nude photos of her breasts the hacker texted to her.

It’s important to note that Thorne is only 21 and let’s be real — sending nudes to people you’re hooking up with, in love with, etc. is a thing in 2019. What Thorne is doing is putting the blame, and rightfully so, on people, mostly, probably men, who try to “expose” women in the spotlight for sending intimate images. When people do this, attempt to threaten women with photos and/or videos of their naked bodies, of course it is a violation. But Thorne, who has a history of not really giving a fuck, makes a power move by allowing the male gaze to shift from involuntarily looking at her in these raw moments, to voluntarily deciding to change the narrative herself.

Late next month, Thorne’s novel The Life of a Wannabe Mogul: Mental Disarray, detailing accounts of her molestation, relationships, and “wild-child lifestyle” comes out. It’s already at the top of Amazon’s bestseller lists, despite not even being released yet. It’s safe to say Thorne is only on the up and up from here.

The Reaction To This Teacher's Leaked Topless Selfie Is F*Cked Up, And Here's Why

Dear Employer: Why Does My Body Bother You?