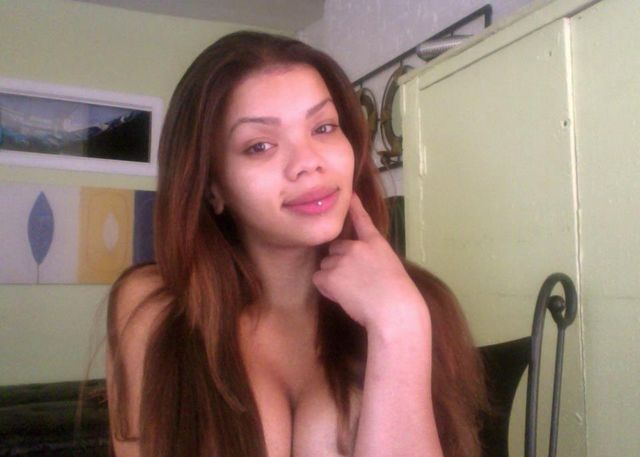 The transgender community is mourning yet another loss this year. Layleen Cubilette-Polanco, also known as Layleen Xtravaganza, was a 27-year-old Black Latinx trans woman who was found dead in her cell at Riker’s Island last Friday afternoon, according to the New York Post (who chose to not include her name in the article, but simply referred to her as “trans woman”).

Although there are no details about her death, the Post reported that law enforcement said she was found “unresponsive” in her cell located at the Rose M. Singer women’s facility in the prison. Medics reportedly attempted to revive her for an hour, but it was too late.

According to a GoFundMe posted by Polanco’s sister, Polanco got into a fight and was sent to Riker’s, where she was there for a month, and was set to be released June 13. So far, over $12,000 has been raised, surpassing the $9,000 goal.

In a statement posted by the New York City Anti-Violence Project, who is hosting a rally for Polanco, posted the following statement on the event's Facebook page: "Just days ago, Mayor de Blasio dedicated a monument to two pioneering transgender activists, telling the trans community that 'we are sending a clear message: We see you... and we will protect you.' The City failed to protect Layleen, and now it is trying to sweep her death under the rug. We will not allow it."

Trans activists like Janet Mock and Indya Moore took to social media to praise Polanco, and demand answers about her mysterious death.

Heartbroken and enraged from the harsh reality that Layleen Polanco, who was incarcerated on Rikers Island, was found dead in her cell on Friday. Folks are gathering Monday in NYC and collecting donations to help lay her to rest. Links are in my stories. We need to show up for trans women of color. We need to #CloseRikers. We need to check and challenge any one seeking to police our bodies, genders and identities. Rest in power, Layleen. #closerikersnow #twoc #layleenpolanco #justiceforlayleen #girlslikeus ? @vrye

(link in bio for support) On June 7th, yesterday- layleen cubilette polanco Xtravaganza, a black latinx trans woman was found dead in her cell on rikers island, the women's division. No details on her death have been released. I'm so disturbed. I feel like I'm in a virtual reality. I knew Layleen growing up. I Remember desiring to be beautiful like her. She was cool, and funny too, like all of us she had dreams of escaping poverty and the misery of social ostricisation. She is the 10th trans woman to die this year. Noone knows if it was a murder, or how she died but this is the closest black trans death has ever gotten to me and this is extremely alarming and traumatic. As you all know the trans community is extremely small, we feel every loss and we often all know someone who knew somebody murdered. By initiation of the trump administration, the supreme Court is debating RIGHT NOW on whether trans people deserve to be a federally protected demographic, to equal access legal aid, employment, shelter, healthcare, and employment they are hearing our cases on why we deserve human rights. Our current administration is sending a legislative message that trans peoples lives don't matter and that is encouraging people to take our lives, it's making our deaths go uninvestigated. I don't want to die, I don't want us to die. And I won't fucking stand for it and I WON'T STAND BY AND WATCH PEOPLE PROMOTE AN ADMINISTRATION THAT IS SENDING A MESSAGE THAT OUR LIVES DON'T MATTER AND IT'S OKAY TO KILL US. I don't care who they are! OUR LIVES MATTER BEYOND ENTERTAINMENT AND TELEVISION. WE MATTER IN REAL LIFE AND THAT IS THE ULTIMATE MESSAGE OF MY WORK AND IT ALWAYS WILL BE!!! #ABOLISHPRISONS #STOPKILLINGUS #TRANSLIVESMATTER #BLACKTRANSLIVESMATTER #JUSTICEFORLAYLEEN. I WANT TO SEE THE ADVOCACY AND OUTRAGE FROM MY COMMUNITY AND FROM BLACK PEOPLE THAT WE SAW FOR #SANDRABLAND WHEN SHE MYSTERIOUSLY DIED IN JAIL. #JUSTICEFORLAYLEEN (link in bio for support)

Unfortunately, this isn't the first time this year a person has died in prison without much detail as to why. Xtravaganza's death is very reminiscent to Sandra Bland's death.

There are so many questions. Rikers Island is already a questionable intuition. However, what's most surprising, is that Xtravaganza was locked up in the women's facility, whereas most transgender people are often forced into the side with the gender they were assigned at birth. What if those responsible for her death, weren't the guards, but fellow inmates? We need to start having conversations about how cis-het women are not just complicit in transphobia, but also active participants.

Last month, we reported on the death of Muhlaysia Booker, a black trans woman who was killed in Dallas. And even more recently, another black trans woman in Dallas, Chynal Lindsey, was found dead in a lake in Dallas. She was 26. This is all especially heartbreaking, as we are in the middle of Pride Month, celebrating 50 years from the Stonewall Riots, started by trans women of color, which ultimately pioneered queer rights in this country.

Tonight, a rally will be held for Polanco in New York from 6-7 pm at 100 Centre Street.