Female Bikers In Pakistan Are Pumping The Brakes On Misogyny 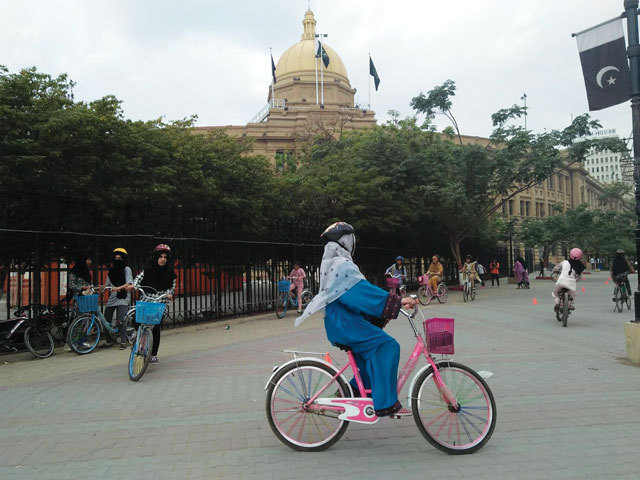 DUE TO WIDESPREAD instances of street harassment and even violence, bicycling in Pakistan is dangerous for women. The act is viewed as unladylike, vulgar, and offensive. But across many cities in South Asia, female bikers are riding anyway—and forming groups to support each other, create safer routes, and empower women to learn the art of cycling. One of these women, Zulekha Dawood, organized a group in her hometown of Lyari, which has grown since its 2018 inception to include around 40 women of all ages. The women meet together to ride once a week. “Now, women and girls, ages 10 to 30, come and learn cycling,” Dawood says, emphasizing that there is strength in her group’s numbers, which are “increasing day by day.” For many of these women—Dawood included—riding a bike is more than an act of resistance: it’s personal. “I feel freedom when I ride bicycles,” she says. “Cycling is my first love.”

Feminist Documentarians With Their Own Production Company

Tags: Pakistan , women , street harassment , Zulekha Dawood , bicycles
Support Feminist Media!
During these troubling political times, independent feminist media is more vital than ever. If our bold, uncensored reporting on women’s issues is important to you, please consider making a donation of $5, $25, $50, or whatever you can afford, to protect and sustain BUST.com.
Thanks so much—we can’t spell BUST without U.