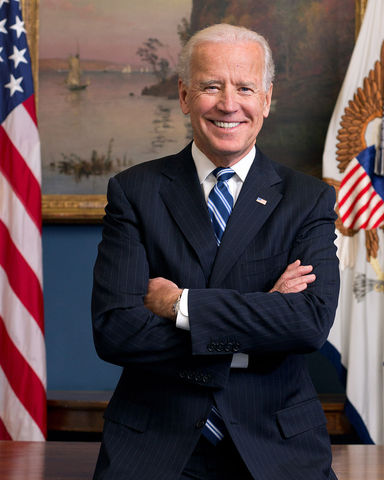 Presidential candidate Joe Biden has supported the Hyde amendment—legislation that by-and-large prohibits the use of federal money to fund abortions—for over forty years. A mere two days after reaffirming his long-held position on Wednesday, which falls outside the contemporary norm for democratic candidates, massive backlash has Biden calling for its repeal.

The Hyde amendment, first voted into law in 1976, prevents Medicaid from covering abortion in cases other than rape, incest, or danger to the life of the mother. Unlike wealthy women who can afford to pay for their abortions out-of-pocket should the situation demand it; this amendment leaves women relying on government healthcare with little recourse other than to undergo risky abortion procedures or carry the fetus to term.

A study cited by The New York Times estimates that up to 60,000 abortions are stopped by the Hyde amendment every year.

Unsurprisingly, the amendment has received substantial criticism as exceptionally targeting poor women and women of color in the already delightful crusade against female body autonomy. “Due to the structural inequalities in our country that link racism, sexism, and economic inequality,” reports Planned Parenthood, “30% of Black women and 24% of Hispanic women are enrolled in Medicaid, compared to 14% of white women.” With 1 in 5 women on Medicare, 20% of the female population is effectively denied its constitutional right to choose.

The Hyde amendment has consistently limited abortion accessibility for over forty years and pushing for its repeal has become mainstream policy among democrats—including just about every 2020 Democratic presidential candidate. It’s even listed on the Democratic party’s platform.

But not for Joe Biden. Despite being a frontrunner in the democratic primary (not to mention former VP and proud owner of the middle name “Robinette”), Biden’s history on abortion is not quite what you’d expect of the guy who claimed to have “the most progressive record” of any candidate.

Biden has spoken openly about being opposed to abortion in his personal life as a result of his Catholic faith. In a 2012 debate between Biden and then-candidate Paul Ryan, Biden stated: “I accept my church’s position on abortion as a de fide doctrine. Life begins at conception. That’s the church’s judgement.” He continues, saying “I refuse to impose it on equally devout Christians and Muslims and Jews....I do not believe that we have a right to tell other people, women, that they can’t control their body.”

But does his voting record demonstrate this same commitment to separation of public policy from personal opinion? According to an NBC investigation, Biden voted in 1977 against the inclusion of rape and incest, alongside danger to the life of the mother, in the list of abortions eligible for government funding. They passed anyway, and he signed a bill calling for their removal in 1981. The “Biden amendment” was passed the same year, preventing the use of government funds for foreign, biomedical research regarding “abortion or involuntary sterilization.” It remains a law to this day. According to the New York Times, he voted in support of the Hyde amendment—which must be renewed every year—a number of times, and until Wednesday, he still stood by it.

“The most progressive record”? Not as far as abortion goes.

To his credit, when Biden was criticized for his continued support of the Hyde amendment this past week, he changed his stance. Despite refusing to apologize for his former position, he got on board with the rest of the Democrats with calling for the amendment’s appeal. And while some critics suspect this flip-flopping has more to do with politics than a sudden change of heart, there is something to be said for a politician who listens to the citizens, hears their concerns, and responds accordingly. This change shows adaptability and a desire to represent the majority viewpoint—admirable traits that are not to be undervalued in an administration where basic decorum is a stretch.

But with some states trying to all but outlaw abortion, do we want someone who is just catching up? Someone who only in 2019 realizes, “hey, maybe all women should have access to safe, legal abortion instead of just the ones who can afford it.” There’s a lot to be said for evolution, but when the U.S. has turned into a glorified Black Mirror episode, do we have the time to wait?