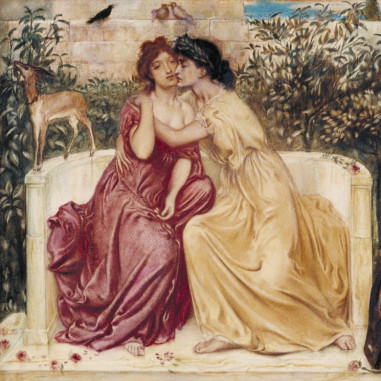 It’s Pride season, and we’ve already started planning our outfit for London & Brighton Pride (hint… RAINBOW, LEOPARD PRINT, GLITTER). So let’s celebrate everything LGBTQ+! To kick things off, here are some of our favourite queer ladies throughout history.

You cannot start a list about history’s greatest queers without mentioning Sappho. She was a Greek poet who lived on the Island of Lesbos (sign me up) around 615 B.C. Sappho wrote about her love for many a woman and was one of the highest regarded poets of her lifetime.

Plato called her “the Tenth Muse,” which was a massive compliment at the time. The other nine muses were the Greek Goddesses of Art & Science, so he thought Sappho was a pretty big deal.

There’s an argument between historians as to whether Sappho did have relationships with women or if her poetry was just about her dearest “gal pals.” Only fragments of her poems survive, and since she lived a really fucking long time ago, we can’t ask her.

Personally, I think her poems evoke a deep sense of love and sexual longing for her female subjects that goes way beyond the “female admiration” lots of male historians like to think Sappho had for platonic pals.

See what you think for yourself. Here’s an extract from Sappho 94, translated by Julia Dubnoff:

“For by my side you put on

many wreaths of roses

and garlands of flowers

around your soft neck.

And with precious and royal perfume

On soft beds you satisfied your passion.”

Later, history mocked and destroyed her work. It was denounced by the church and was ridiculed by poets and playwrights who wrote her off as a sexual deviant or a tragic character. But finally, our girl is getting her rep back! Sappho is the mother of lesbians and her influence cannot be argued with. 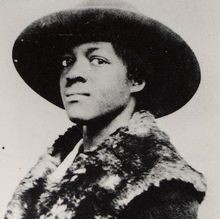 Mabel was a staunch activist and LGBT+ historian. She was instrumental in recording and preserving queer history, especially the experience of living as a gay, black woman in America during periods of huge upheaval.

Hell… Mabel IS the reason we know so much now. The Lesbian Herstory Archives in New York are full to the brim, thanks to Mabel. She was a bit of a hoarder.

She had a pretty tragic upbringing: her mother died not long after giving birth to her, and her grandmother followed a few years later. She was raised by an abusive aunt and uncle before deciding fuck this, I’ve had enough.

She moved to Harlem and worked as a dancer during the Harlem Renaissance. And she was a regular at Harlem drag balls, an early celebration of queer black identities during the roaring ’20s.

She left showbiz and started work as a cleaning lady. When asked why she left behind the glitz and glamour, she famously answered,

I have never related to a statement this hard.

Mabel publicly declared herself as a lesbian during a time when being black alone made you heavily persecuted. Gay too?! THE LADY WAS BRAVE!

She met her partner Lillian Foster at a bus stop in 1932, describing her as having been “dressed like a duchess.”They were together until Foster’s death in 1978. Serious relationship goals.

Mabel and Lillian spent their lives documenting their experiences as a lesbian couple. They helped set up the Lesbian Herstory Archives, and Mabel and Lillian donated hundreds of newspaper clippings, gay books, photographs, and other paraphernalia to the archives.

Mabel gave a speech at the New York Pride Parade in 1984, stating to the crowds,

"I, Mabel Hampton, have been a lesbian all my life, for 82 years, and I am proud of my people. I would like all my people to be free in this country and all over the world, my gay people and my black people."

She was incredible. We were lucky to have her. 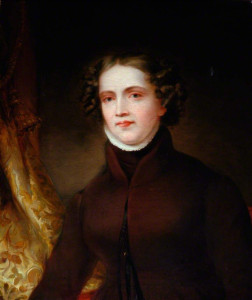 Possibly our fave on this list, Anne (born in 1791) was seriously rich…like, MTV Cribs level-minted. Her family owned a bunch of land in Halifax, West Yorkshire, and they were desperate to marry her off to some rich oik to keep that money rolling in. ANNE WAS HAVING NONE OF IT!

She inherited fancy country house Shibden Hall from her uncle, immediately built herself a posh new library, and decided to live openly with another super rich babe, Ann Walker. She’s lucky Ann came along when she did, because the money was running out at that point.

She was known locally as “Gentleman Jack” (which is also the title of the new HBO series based on Anne’s life) because of the way she dressed in male clothing. She tended to wear sensible black jackets, with no frilly business. Our girl was a Georgian butch. She kept coded diaries which tell us pretty plainly that Anne was very definitely a lesbian.

“I love & only love the fairer sex & thus beloved by them in turn, my heart revolts from any other love than theirs.”

Her diaries were coded, she thought we’d never crack it, but thank fuck we did because these diaries are SO JUICY! Anne had mad game, and went through a lot of high society ladies.

Here are some of our fave snippets:

"But I mean to amend at five & thirty & retire with credit. I shall have a good fling before then. Four years. And in the meantime I shall make my avenae communes, my wild oats common. I shall domiciliate then."

So she wanted life to be like a big gay 18-30 holiday. Can’t argue with that.

“I begin to despair that M- & I will ever get together. Besides I sometimes fancy she will be worn out in the don’s service & perhaps I may do better.”

M was Mariana Lawton, who was the love of Anne’s life. She married a rich old dude, which devastated Anne, as she wanted to live with M as her partner. Their affair carried on for a while after the marriage, but it fizzled out a few years later.

Much of the info we have on Anne’s diaries is from Helena Whitbread, another incredible woman working to preserve lesbian history. THANK YOU, HELENA!

Marlene is one of my favorite old Hollywood starlets. This German had a mind like a razor and cheekbones to match; plus, she looked fucking amazing in a suit.

She made androgynous dress sexy and alluring. Up until this time, women dressing as drag kings was done very much for laughs or in the sanctity of queer spaces underground. Marlene brought it to the mainstream.

Dietrich was a German silent film actor in the ’20s before moving into talkies and raking it in with her “exotic” looks and fabulous accent. During this time period, the gay scene in Berlin was hip and happening.

Marlene bloody loved a drag ball, as she was openly bisexual, and could frolic with all the young ladies she could get her hands on. At these parties, she learnt how to rock the fuck out of a three-piece suit.

In the late ’20’s/early ’30s, she got her big break in Hollywood films where she usually played a sexy cabaret singer of some kind. In one of her most famous films, Morocco, (in which she plays a sexy cabaret singer) Marlene dresses in a fancy very masculine top hat and suit during one of her numbers, and at the end sneaks in a kiss with a young lady! SCANDAL!

She just about got away with it because Americans assume we Europeans are a passionate and sexually charged lot.

This theme of taking on masculine traits was something she embraced with gusto, training as a boxer in a sweaty gym in Berlin owned by a Turkish prizefighter. She enjoyed boxing and followed the sport throughout her life.

Marlene was known to have a network of Hollywood starlets she had affairs with; she referenced this overlapping group as Marlene’s Sewing Circle. I’m going to sew this onto my biker jacket right now.

Later in life, she said some stupid shit (women’s liberation was ‘penis envy’…) so she’s a pretty problematic favorite. But she wasa real pioneer. 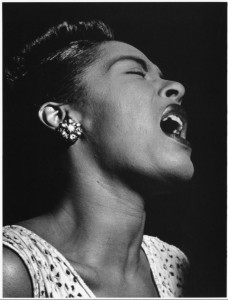 The Lady of the Blues is one of the most recognizable voices in the world. Billie had a tragic and abusive upbringing after which she then spent most of her adult life battling a serious addiction to drugs and alcohol.

Billie had relationships with many women but her most well-known was with actress Tallulah Bankhead. It was a volatile relationship which was always on again, then off again, THEN ON. We’ve all been there.

While Tallulah was starring in Noel Coward’s Private Lives on Broadway, Billie had a contract singing in New York’s Strand Theatre. Tallulah would sneak in and watch Billie performing after her show finished. That’s sweet, isn’t it?

However, the breakup went badly. Billie was arrested for opium possession and Bankhurst bailed her out, then got her into therapy. They parted ways soon afterwards, but things did not stay civil.

Billie was working on her memoirs, which included mentioning her friendship with Bankhead, but Tallulah maintained she’d never even met Holiday (despite lots of evidence to the contrary) and she sent a letter to Billie’s publishers threatening to sue unless she was taken out of it.

Billie sent back an amazingly shitty letter to Bankhead, reminding her that she had people around who could back up her story and she wrote:

‘And if you want to get shitty, we can make it a big shitty party. We can all get funky together!’