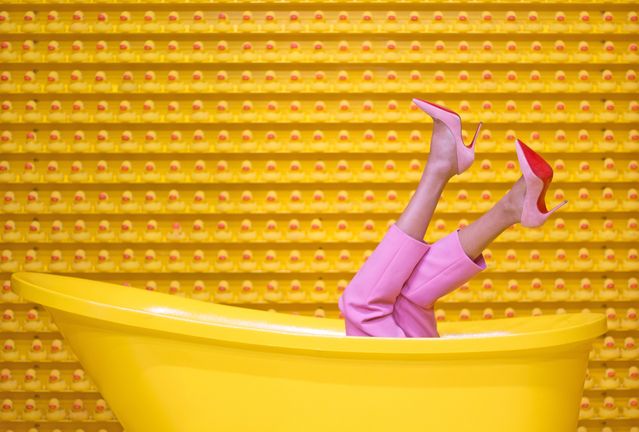 For decades, many Japanese offices have mandated that women employees wear high heels. But an online petition, which has already amassed over 20,000 signatures and continues to gain momentum, is seeking a ban on such dress code requirements, Reuters reports.

The petition, known under the hashtag #KuToo (a blend of #MeToo and the Japanese words for shoe—“kutsu,” and pain—“kutsuu”) was submitted to Japan’s health ministry by Yumi Ishikawa, a 32-year-old artist, writer and feminist activist.

The campaign began in January after a viral tweet, in which she wrote that she was required to wear 2-3 inch heels for her part time job at a funeral parlor. “I’m hoping to get rid of the custom that someday women have to wear heels and pumps at work,” she relayed.

In response to the petition, Health Minister Takumi Nemoto argued that such dress code expectations are “within the range of what’s commonly accepted as necessary and appropriate in the workplace.” However, Nemoto mentioned that it could be considered “power harassment” if employers required their injured employees to wear high heels.

While not all Japanese companies explicitly decree high heels, women still choose to sport them due to societal pressures of adhering to Japan's especially gendered corporate culture. As stated by the Guardian, "high heels have long been seen as a female equivalent to the businessmen's necktie. They're a sartorial accessory that, when worn in a business setting, send a message of formality and professionalism."

Ishikawa told Reuters, “It seems like men don’t really understand that wearing high heels can be painful and lead to injuries. But even if women aren’t hurt, I’d like such expectations to be considered power harassment.” She also expressed hope that Nemoto’s comments on abuse of power might inspire women to raise the issue with their bosses, stating, “this might spur that kind of action, so I think this is going in a good direction.” Japan’s health ministry is still reviewing the petition.

Reconstructing women to fit into a work enviroment that wasn't intended for them in the first place has been a backwards attempt at "female empowerment." Countless articles, thinkpieces, and even books written by successful women are solely focused on the additional labor women are forced to abide by in order to be worthy of an employer's respect. Six years ago, Facebook COO Sheryl Sandberg debuted her hugely successful book, Lean In. Part auto-biography and part feminist manifesto, Lean In promised that women could rise up the career ladder without having to sacrifice other areas of their lives as long as they changed their approach to work and negotiated harder.

The implication of this "lean in" philosophy in the workplace is that the responsibility to fix gender inequality lies solely on women. But shouldn't companies, historically built to accomodate men's needs, be more compliant towards those of women? Placing the resonsiblity on women to solve workplace gender inequality absolves institutions from any accountability. And, additionally, allows them to perpetuate a culture where women are forced to work twice as hard for a seat at the table.