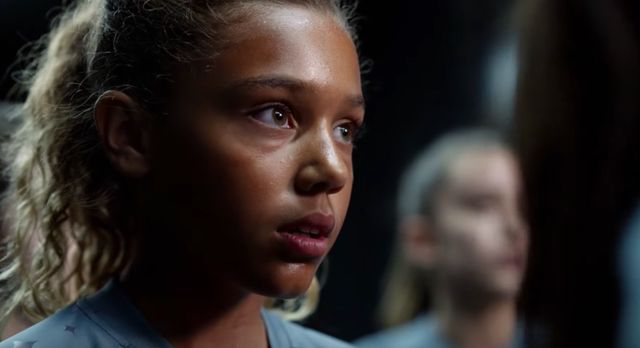 Gearing up towards the highly anticipated 2019 Women’s World Cup, Nike released an advertisement that highlights the strides women’s soccer have been making in a largely male-dominated sport, and its dreams for future progress. The short video follows a young girl as she is quite literally pulled into the different worlds of soccer, from the field, as a player, to the goal line, as a coach, symbolizing just how many possibilities await young girls today— always guided by the hand of an empowering female mentor. Female solidarity in Dream Further knows no generational or national boundaries, creating a truly unique video that promotes women’s empowerment for everyone, and everywhere.

The Women’s World Cup is bigger than one sports competition, or the ultimate title as the best soccer team. It represents changing tides for women in all areas of life, including increased respect for their incredible talent, dedication, and hard work. The field has also become an important arena in which feminist struggles play out, with the U.S. women’s soccer team legally challenging the U.S. Soccer Federation in March for “institutionalized gender discrimination,” including unequal pay in comparison to their male counterparts, according to the New York Times. And while the World Cup will surely exhibit fierce rivalries in vying for the top spot, “Dream Further” highlights a solidarity that extends beyond competitions. Just as the young girl moves between soccer teams, we can see ourselves in every woman in every soccer team across the world.

The World Cup starts today at 3:00 p.m. EST in Paris, France, with France playing South Korea in the Group Stage of the tournament. The United States women’s team plays for the first time against Thailand next Tuesday, June 11th, also at 3:00 p.m. The U.S. team has proved itself time and time gain in the international arena, accumulating four Olympic gold medals, and three World Cup titles, including 2015’s title. France and the United States are expected front runners, with Germany, England and the Netherlands following close behind.