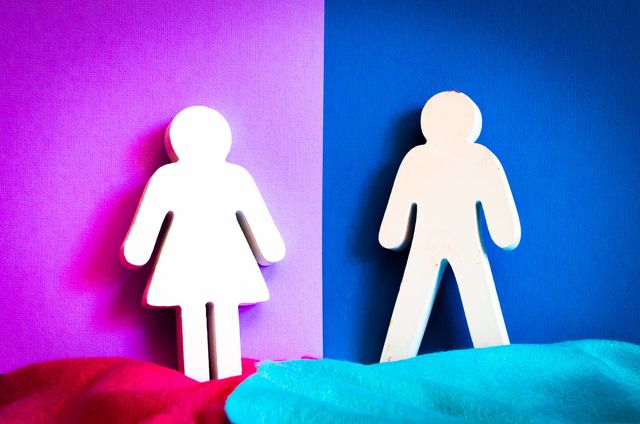 Arizona just repealed a law that banned schools from including LGBTQ+ identities in their sex education curriculum, with the help of teen activist, Santi Ceballos.

Living one’s life without the persistent anxiety of being ostracized for their gender identity is a privilege with which cis-identifying people are so accustomed, it often goes unnoticed. But individuals like 13-year-old Santi Ceballos, who identifies as nonbinary and transgender and uses they/them pronouns, are forced carry the burden of how their gender identity and expression might impact the way they’re perceived and treated by their peers, in addition to dealing with the run-of-the-mill stresses of being a teenager.

Their mother, Carol Brochin, an education professor, told The Guardian she has noticed a lack of empathy and understanding of the issues that trans and nonbinary kids face. She tells her students, “You have to be prepared. The kids are going to transition.” A 2017 study by the Williams Institute at the UCLA School of Law estimated that 0.7% of kids in the US between 13 and 17 identify as transgender (around 150,000 teens). While there is no official data for Arizona, where Santi and their family lives, Brochin estimates there are around 140 families in the Tucson area with children who identify as nonbinary or trans.

Santi and their mother speak candidly about the challenges of growing up gender nonconforming. Incidents of harassment became routine as early as the third grade. Things got worse in middle school. In an interview with tucson.com, Santi remembers being frequently mis-gendered as well as being called “a stupid gay boy.” School in general became an understandable source of dread and anxiety for them, let alone the strictly gender-segregated, heteronormative sex education classes given in Arizona’s public schools. Santi knew from their older brother, Joaquin, that teachers were forbidden from talking about LGBTQ+ identities and how they can be included in dialogue regarding sex-ed because of a 1991 Arizona law crudely titled No Promo Homo.

While seventh grade was going much better at a new school, which has a gender neutral bathroom and more progressive values overall, sex education was still a matter of concern. The curriculum went no further than heterosexual fundamentals. Boys and girls were separated and Santi was told to pick a group. Brochin recalls the incident causing Santi “a lot of dysmorphia and a lot of suicidal ideation.” Counseling helped Santi regain a sense of worth and confidence, but they wanted more for their future and those of other nonbinary kids.

Santi wanted concrete change so they decided to be one of the plaintiffs in a lawsuit filed by the organization Equality Arizona, backed by the National Center for Lesbian Rights and Lambda Legal. The lawsuit against the state claimed that by focusing sex education solely on heterosexuality, Arizona was violating the Equal Protection Clause of the 14th amendment of the US constitution.

In just days, the state legislature voted to repeal the "No Promo Homo" law, with Governor Doug Ducey immediately signing it into law. Julie Wilensky, an attorney with the National Center for Lesbian Rights, told The Guardian, “It’s incredibly brave of Santi to be involved in a lawsuit to make Arizona schools more inclusive, and they are lucky to have the support of their family in advocating not only for themselves, but for all LGBTQ kids in the state.”

Santi isn’t finished making history. Repealing one law isn’t going to erase past and current homophobic and transphobic legislature. But Santi along with their supportive mother are eager to keep going. They recently participated in a video, produced by the Southern Arizona Gender Alliance, in an effort to educate others on what it means to be nonbinary. As reported by tuscon.com, Santi is confident, “there will come a time when we can all be accepted in our community.”

Tags: Santi Ceballos , Arizona , nonbinary , gender non-conforming , LGBTQ+ , pride
Support Feminist Media!
During these troubling political times, independent feminist media is more vital than ever. If our bold, uncensored reporting on women’s issues is important to you, please consider making a donation of $5, $25, $50, or whatever you can afford, to protect and sustain BUST.com.
Thanks so much—we can’t spell BUST without U.