I Should Have Been Aborted, And I'm Fine With That

Details
BY Dixie Laite
IN Feminism
Published: 30 May 2019

Lots of other adoptees pose for photos with all kinds of anti-abortion signs:

“Conceived from Rape. I Love My Life.”

“I was almost aborted. Thanks Mom!”

“I’m so happy my mother let me live!”

I’m not depressed or bitter.  There have been ups and downs, but I’ve had a wonderful life, and in many ways it gets wonderful-er all the time.  Still, my mother should have had the choice to choose her life, and not begin mine. 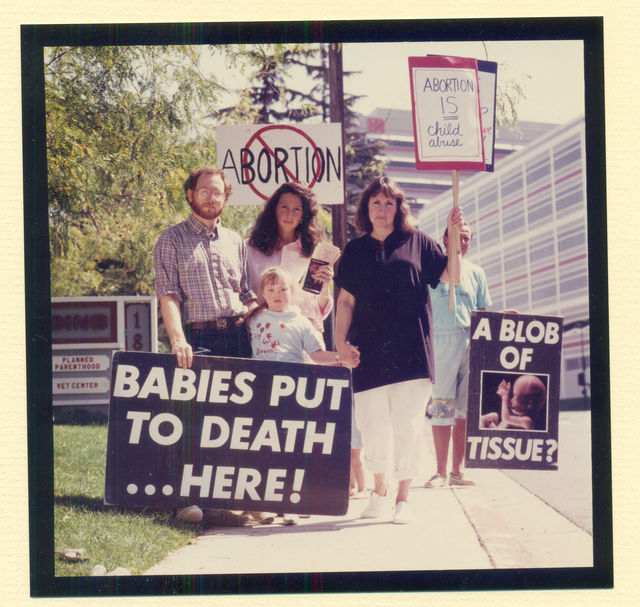 I was born when abortion was illegal.  Millions of women’s lives were changed, some ruined, by being forced to bear and raise children.  Thousands were forced to undergo painful and unsafe abortions. How many women were wounded, and how many died?  My biological mother had heard the horror stories and she was terrified that she might end up one of them.  So instead, she was one of the thousands who were forced to carry babies they couldn’t keep for 9 months.

Her name was Doris. She was a 37-year-old secretary living in Washington, D.C.  She’d moved there as a young woman during WWII and had been working there ever since.  Doris was acquaintance-raped (or, as I like to call it, raped) by her boss.  It was only the second time she’d had intercourse, and like so many others, she also got pregnant. When Doris’s doctor told her she was going to have a baby, he implied he knew where she could go to not have one.  How did he say it, I wonder? What was the look on his face? Was he as embarrassed as poor Doris? Or was he kind and sensitive to her shame and fear?

Anyway, despite the doctor’s implied solution, Doris was too scared to take her life in her hands. Her boss? He was not so particular.  When she told him she was pregnant (the only person on Earth she ever told), he gave her a check for $300. No explanation. She used the check to buy a Greyhound bus ticket to Miami Beach to wait out the pregnancy. She’d heard it was nice there; it would be warm, with no winter winds and no one to recognize her growing belly.

When I met her, I tweezed some of the painful details.  How the lawyers stood over her hospital bed for hours that rainy morning, waiting for her to sign the adoption papers.  She’d arranged my adoption some months before, with the help of her ob-gyn.  But that morning, the signature came hard. I understand.  If I’d carried a paperweight inside me for 9 months, I’d be hard-pressed to give it up. No doubt arguments about a better life for the baby, and tales of a life of shame for her, eventually won the day. Long story short, here I am.

It's not easy being raped, and it's not easy having to carry a baby to term, and then it's not easy to give that baby up. My mother shouldn't have had to go through all this. Not having an abortion changed the entire course of her life. She left her home in Washington, D.C. and went back to the Midwest town she'd left decades before. She never married, and she never returned to D.C.

My mother became pregnant the second time a penis entered her vagina; her daughter got pregnant the first time. But unlike my mother, I was able to have a safe abortion. The procedure was safe and relatively painless, but the experience was a hard, difficult and painful. To be honest, it broke my heart. Insecure and not one for dating, I actually asked God to make me pregnant, thinking this might be my last chance. But when I found myself pregnant, reality set in. I realized that having a baby would doom me and the child to a rocky life of instability and uncertainty. The same youthful cluelessness that led to this poor decision would likely be followed by hundreds of others, making both me and a child poor, scared, and miserable.  Let this poor soul take the next car, I thought. But I was uncertain. I was 21. I still slept with a stuffed animal. My mom sensed I was shaky, and flew to my college town to show up and my door and personally drive me to the hospital. I cried. I was surrendering the only blood relative I’d ever know. I wanted a few seconds to say goodbye, but my mom was disgusted by my sentiment. Afterward, I worried for months (okay, years) that God would strike me down for the impertinence I’d shown my answered prayer.

I also know that being alive has its perks, and I’m grateful. I’m grateful to live the life of a woman who can make decisions and choices about how that life should go. What good is my life if I can’t guide and shape that life I’ve been given? What good is a life without one’s own oversight and choices, and the agency lead the life one’s own heart and mind thinks best?

The war on women gave me my life by taking away my mother’s. And now it’s dead-set on taking away the lives of millions of women. I’m okay with  saying my mother should have been able to have a safe abortion I’m okay with saying I should haven't been born. So I fight and will always fight for women's reproductive rights. Not every baby needs to be born, but every woman who is born deserves dominion over her own body and the right to determine her own destiny.