Details
BY Gretchen Sterba
IN Feminism
Published: 30 May 2019 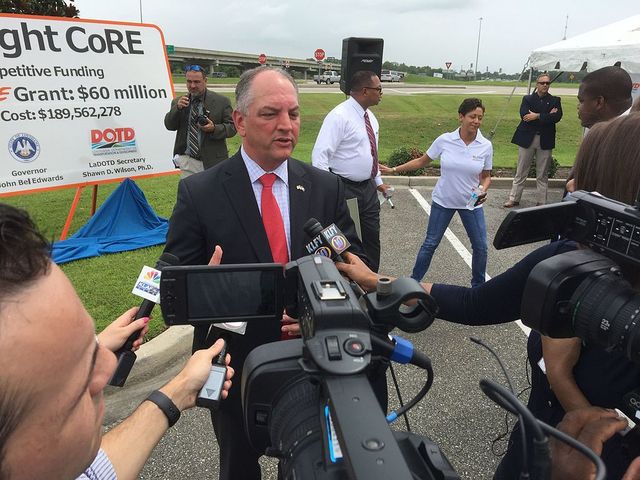 It seems like here at BUST, it’s just another day with another story about a state trying to ban abortions (but really just trying to strip women’s rights away). This time, it’s a little different in the sense that Louisiana governor John Bel Edwards, who is a DEMOCRAT (yes, let me put that in all caps) said he would sign the strict bill that would ban abortions as early as six weeks, the Washington Post reported.

On Wednesday, the state legislature declared a 79-23 vote, with more than a dozen of Democrats supporting it (?????) and therefore passed it along to Edwards, who was very vocal about his support for the bill.

Ironically, Edwards made a statement after the bill — which, let me might add, has no exceptions for rape or incest — saying this passing will help “build a better Louisiana that cares.” I’m sorry, sir, but this state cares for WHOM?

Now that we’ve seen this fetal heartbeat bill passed in Alabama, Georgia, Kentucky, Ohio, and Mississippi, Louisiana joins the list, along with Missouri. So far, Alabama has the strictest law, with the preposterous penalty that will carry up to 99 years for doctors who decide to act regardless of the implemented ban.

Missouri has only one abortion clinic left in the entire state, with plans to close the remaining Planned Parenthood in St. Louis tomorrow, May 31, due to health inspectors’ reports that it is violating “numerous violations of state laws and regulations.” CBS reported that unless the clinic complies with Missouri’s requests, it will expire by the end of this week.

Governor Mike Parson said this in a press conference Wednesday: “Planned Parenthood has been actively and knowingly violating state law on numerous occasions. Regardless of if you support abortion or not, Planned Parenthood should be able to meet the basic standards of health care under the law. They should not receive any exceptions because they are one clinic.”

In an in-person interview on “CBS This Morning,” Planned Parenthood CEO Dr. Leana Wen addressed the controversy, and accused the Midwestern state of “weaponizing” abortion clinic inspections since the state’s health department is “refusing to renew” the clinic’s annual license.

She said, “We hope that the court will see exactly what's happening, which is that over the last 10 years the state of Missouri has imposed regulation upon regulation that has no basis in medicine. We've complied with all of them because we want to keep our health center open. These are things like making our hallways extra wide, forcing women to wait 72 hours — even having unnecessary, invasive pelvic exams.”