Details
BY Gracie Western
IN Feminism
Published: 29 May 2019 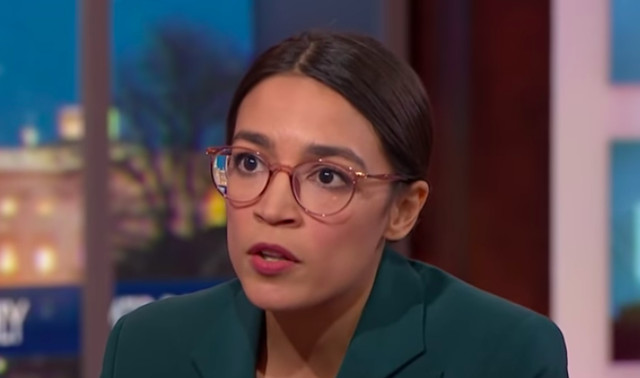 Congresswoman Alexandria Ocasio-Cortez took to Twitter this Tuesday, speaking openly on how the onslaught of death threats she has received from men have impacted her life. Her comments followed the release of a Memorial Day tribute video at the Fresno Grizzlies’ game on Monday, featuring a speech by Ronald Reagan denouncing America’s ‘enemies of freedom’ as a picture of the Bronx representative was shown in-between Kim Jong Un and Fidel Castro.

The minor league baseball team did apologize for the offensive clip, however, such an effort is lacking in a culture where online trolls so consumed with violent masculinity are easily fueled by messaging that targets and degrades women. In the aftermath, Ocasio-Cortez shared her personal experience with male aggression on social media, tweeting that when “orgs air these hateful messages” there are “mornings where I wake up & the first thing I do w/ my coffee is review photos of the men (it’s always men) who want to kill me.”

What people don’t (maybe do) realize is when orgs air these hateful messages, my life changes bc of the flood of death threats they inspire.

I‘ve had mornings where I wake up & the 1st thing I do w/ my coffee is review photos of the men (it’s always men) who want to kill me. https://t.co/hiYbPghad7

Ocasio-Cortez highlights a cultural phenomenon in which political antagonism has been increasingly normalized, concealing what is actually just hate, and absolving those who participate from any accountability. Further, the perpetrators of this hate, extremist right-wing media outlets, certain politicians, and even baseball teams send signals to men hiding behind their computer screens, that the violent victimization of women is okay.

This is an issue beyond negligence or bad decision-making on the behalf of the Fresno Grizzlies, but rather symbolizes larger cultural attitudes that do not value women and their safety. Ocasio-Cortez added to her original tweet, writing that she also receives death threats “whenever Fox gets particularly aggressive + hateful, too.” The lawmaker has become a conservative pariah since her election in November, as she actively works against systems of oppression, and specifically, the patriarchy, both in her progressive politics and in her unapologetic position as a powerful, outspoken woman.

Death threats are particularly infuriating, because not only are they are terrifying and harmful, but their authors thrive behind this mask of cowardice, as men work to compensate for their own senses of fragile masculinity by subjugating women through the promise of physical violence. Ocasio-Cortez does not deserve to have her life changed by fear because some men cannot fathom the idea that there is a woman out there kicking ass and being a badass bitch. She does not deserve to face daily harassment because someone in Fresno decided that her full humanity just wasn’t on his agenda. Maybe it’s unrealistic to simply demand that people improve, but let me follow in AOC’s footsteps and speak with uncompromising honesty. Do better. Because this is not okay.

Tags: women , aoc , alexandria ocasio-cortez , death threats , trolls , violence , masculinity , feminism , congress , feminism,
Support Feminist Media!
During these troubling political times, independent feminist media is more vital than ever. If our bold, uncensored reporting on women’s issues is important to you, please consider making a donation of $5, $25, $50, or whatever you can afford, to protect and sustain BUST.com.
Thanks so much—we can’t spell BUST without U.