Details
BY Kat McQuade
IN Feminism
Published: 28 May 2019 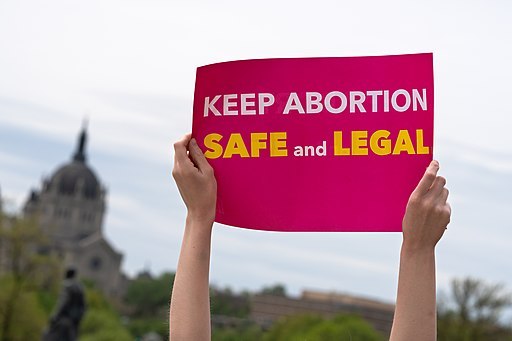 The Supreme Court upheld a block on a provision of an Indiana law which prevents individuals from getting abortions on the basis of disability, fetal abnormalities, and other factors. The law, signed in March of 2016 by former Governor Mike Pence, was described by Pence as a “comprehensive pro-life measure.” The law was blocked in April 2018, but upon the most recent revision, some provisions have been allowed to remain, most notably the requirement of the burial of fetal remains.

Justice Clarence Thomas stated in his written opinion that “having created the constitutional right to an abortion, this court is duty bound to address its scope.” However, Thomas expressed support of the provision that requires fetal remains to be disposed of like any other human remains (cremation or formal burial), writing, "I would have thought it could go without saying that nothing in the Constitution or any decision of this Court prevents a State from requiring abortion facilities to provide for the respectful treatment of human remains.”

Fetal burial has already been a highly contested issue in the United States. Back in September 2018, a federal judge in Texas blocked a law similar to Indiana’s fetal burial provision. The Texas law mandated that all “fetal tissue from abortions, miscarriages, or ectopic pregnancies” be cremated or buried. The judge, David Ezra, stated that the law imposed "significant burdens on women seeking an abortion or experiencing pregnancy loss" and that “enshrining the State's view of pregnancy increases the grief, stigma, shame, and distress of women experiencing an abortion, whether induced or spontaneous”

What is concerning about the Supreme Court’s allowance of the Indiana provision is how it frames the status of a fetus. Funerals are traditionally held for people in either a religious or non-religious context. Some who have abortions or miscarriages decide to have burials or cremations for their fetuses via services provided by funeral homes or abortion providers. Many others do not decide to do this. The point here is, people should have a choice as to what to do with their fetal remains.

Making fetal burials mandatory edges further towards the gray area that is the status of a fetus. The question that has plagued the pro-choice and anti-abortion movements is whether or not a fetus is a person. Many pro-choice individuals say that the fetus is simply cells and tissue, not a human being. On the other side, those who support the anti-abortion movement use language like “unborn child” when referring to a fetus, and claim that fetuses are living people with human rights. Under the latter’s philosophy, abortion, in effect, is murder.

Enforcing burials, which are associated with once formerly living people with human rights, further blurs the legal line between fetus and person. Giving fetuses personhood status has been detrimental for abortion rights in the United States and globally. This year, ten states have proposed ‘heartbeat’ bills, stating that life starts with a fetal heartbeat, with five successfully passing in states such as Alabama and Georgia.

Lawmakers, who are overwhelmingly male and white, continue to further the limitations on pregnant people when it comes to their bodies and their fetuses. These lawmakers often do not understand female anatomy and the stages of the pregnant body and its fetus during pregnancy. Today, since Roe v. Wade was passed 46 years ago, only ten states have laws explicitly protecting women’s right to an abortion.