Moby Joins Long List Of Men Who View Age Difference As A Suggestion, Not A Dealbreaker

Details
BY Emma Davey
IN Feminism
Published: 28 May 2019 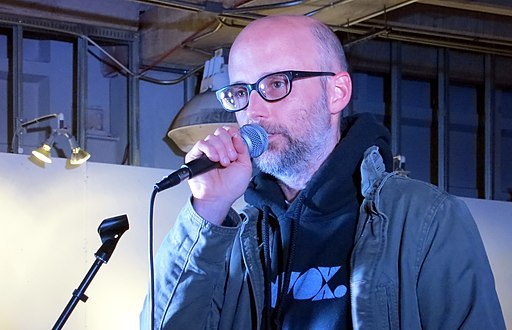 With a new memoir coming out, Moby has recently made headlines with claims that he briefly dated Natalie Portman. He writes that they dated while she was a 20-year old student at Harvard and that he had “tried to be her boyfriend” but it didn’t work out. A quick fact-check proves that if they dated in 1999 like he said, Portman would have been only 18. Google is free, Moby.

Furthermore, Natalie Portman herself has disputed these claims. In a recent interview, Portman says: “I was surprised to hear that he characterized the very short time that I knew him as dating because my recollection is a much older man being creepy with me…”

Moby retailated on social media, providing a picture of the two together as proof, even though that only proves that they have been in the same room at the same time. I have a high-quality photo of myself with Parks and Rec actor Adam Scott when he came to my college to canvass for Hillary Clinton in 2016. You don't see me trying to start drama!

Natalie Portman has been in the public eye for over twenty years. In her transition from child star to Oscar-winning actress, she found herself the object of male attention at a very early age. During the 2018 Women’s March, Portman opened up about her experiences with gross older male fans started when she was only a child.

“I excitedly opened my first fan mail to read a rape fantasy that a man had written me...A countdown was started on my local radio show to my 18th birthday, euphemistically the date that I would be legal to sleep with. Movie reviewers talked about my budding breasts in reviews.”

Not only was this unwarranted attention incredibly gross and inappropriate, it also influenced the way Portman conducted herself in the public eye and what kind of roles she would take.

“I understood very quickly, even as a 13-year-old, that if I were to express myself sexually, I would feel unsafe,” she said. “And that men would feel entitled to discuss and objectify my body to my great discomfort. So I quickly adjusted my behavior. I rejected any role that even had a kissing scene and talked about that choice deliberately in interviews. I emphasized how bookish I was and how serious I was. And I cultivated an elegant way of dressing. I built a reputation for basically being prudish, conservative, nerdy, serious, in an attempt to feel that my body was safe and that my voice would be listened to.”

Portman isn’t the only young star who dealt with sexualization at an early age. The Olsen twins and Emma Watson have all found themselves the subject of countdown clocks for their 18th birthdays. A teenage Britney Spears was often grilled by the media over her virginal status. While these celebrities might have seemed mature due to the work ethic that allowed them to achieve success at such an early age, it did not make them any less of a child.

The other important point to make here is that not only have famous young women been sexualized, but famous older men are often the ones responsible for it. Jerry Seinfeld dated a high schooler when he was 39. Leonardo DiCaprio’s current girlfriend was born the same year that Titanic came out, and he's never publicly dated anyone older than 25.  Drake’s friendship with Stranger Things teen Millie Bobby Brown is pretty weird when you consider that he was also dating an 18-year old at the time. Despite public reckonings for men like Harvey Weinstein and Bill Cosby, there’s still a lot of gross dudes out there. We’ve barely scratched the surface. In a tweet, the iconic Liz Phair puts it this way:

If every guy I let kiss me when I was 18 because I was scared and couldn’t figure out how to get out of the car/ apartment/ party w out pissing them off thought we were ‘dating,’ then this *awakening* of men to what situations are like for girls is going to take much longer https://t.co/MJchxVU1Sw

Moby has since apologized, yet has not retracted the claim that they were romantically involved. Overall, I trust that the multilingual, award-winning Harvard grad Natalie Portman knows what the hell she’s talking about. Not that an Ivy League degree should be a prerequisite for taking women seriously, but what I am trying to say is: Natalie Portman is a badass, and I can’t even name one song by Moby.

Natalie Portman Makes Her Directorial Debut With 'A Tale Of Love And Darkness': BUST Review

Women's Careers Will Stall Because Men Are Afraid Of #MeToo

Tags: Moby , memoir , Natalie Portman , Millie Bobby Brown , Drake , Leonardo DiCaprio , Jerry Seinfeld , Britney Spears
Support Feminist Media!
During these troubling political times, independent feminist media is more vital than ever. If our bold, uncensored reporting on women’s issues is important to you, please consider making a donation of $5, $25, $50, or whatever you can afford, to protect and sustain BUST.com.
Thanks so much—we can’t spell BUST without U.