Details
BY Gracie Western
IN Feminism
Published: 23 May 2019 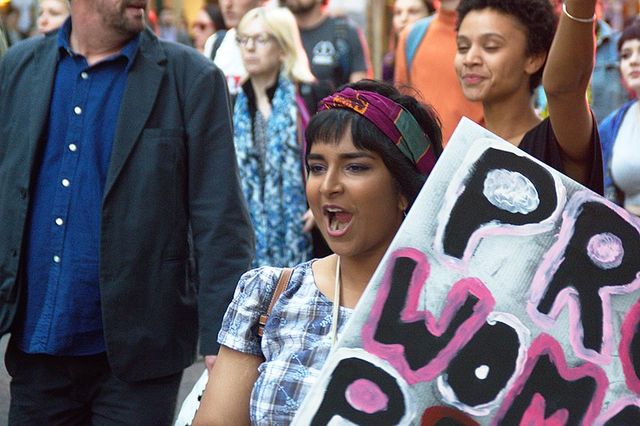 As #StoptheBans protests have erupted across the country in the wake of the Alabama legislation criminalizing abortion, Nevada makes progress in securing reproductive rights. The Nevada state Assembly passed the Trust Nevada Women Act with a vote of 27-13, removing criminal penalties for abortions. The bill now awaits Gov. Steve Sisolak’s signature, who is expected to approve it.

The legislation, sponsored by Democratic state Senator Yvana Cacela, also decriminalizes supplying medication to induce abortion in the absence of physician advice, as well as removes the requirement that doctors warn pregnant patients of the “emotional implications” of abortions. Cacela comprises one of the thirty-three seats held by women in Nevada, which made it the first majority-female state legislature in country. At 52%, women’s representation in Nevada does not radically turn the political gender balance on its head, however it proves a stark contrast to Alabama’s senate, where the ban on abortion was passed entirely by white men.

Nevada is not the only state to push forward with pro-choice legislation, despite attempts to restrict reproductive rights in Ohio, Louisiana, Missouri, Georgia, Kentucky, Mississippi. The New York Times reported that a Vermont bill which outlaws government intervention on abortion rights has been approved by state Democrats and will move forward to potentially be signed by Republican governor, Phil Scott.

In Kansas this April, the State Supreme Court ruled 6-1 in favor of two physicians who had performed a second-trimester abortion, arguing that the Kansas Constitution protects the rights of pregnant people to have an abortion. By relying on its state’s Constitution, Kansas has affirmed the legal right to an abortion even if Roe v. Wade were to be overturned. Such protections are becoming increasingly important as Alabama intends to take its abortion ban all the way to the U.S. Supreme Court. “This bill is about challenging Roe v. Wade,” admitted Republican Representative, Terri Collins, who sponsored the bill.

If one thing can be certain through the recent political tsunami of news surrounding this issue, it is that states across the nation are divided when it comes to reproductive rights, often along gendered lines. So, in the upcoming months, as the Alabama case seeks airtime in the most important legal arena in the country, and state legislatures respond with their own attempts to secure reproductive rights, it may be easy to begin to see our bodies only as battlegrounds, laden with land mines, for patriarchal control. As our bodies become increasingly politicized, fought over, and spoken for, I will have to continue to remind myself that there is just one person in this world who really knows what is best for me. And I will not be quiet.

Stop The Bans Rallies Are Being Held Nationwide