Saddle Up, It's Time To Ride

Details
BY Dina Honour
IN Feminism
Published: 23 May 2019 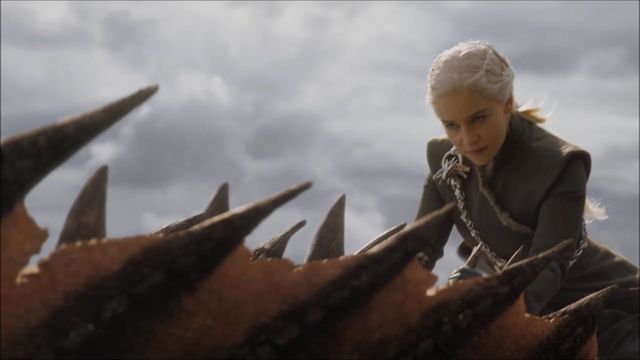 Maybe Daenerys Targaryen’s ascent into dragon riding mayhem and massacre wasn’t the lazy narrative arc I’ve been complaining about. Perhaps, instead, Dany and her fire-breathing dragon was a prescient metaphor. Perhaps the Mother of Dragons was harnessing more than just the back of a scaly beast, or even her own “madness”, but the feminine rage which seems to be keeping women crackling with something like kindling in their blood.

More than anything, Dany’s choice to disregard conventional wisdom was a manifestation of this: We tried it your way. Again, and again. We played nice, and you fuckers still didn’t listen. So now? Now we burn it all.”

I’m not suggesting there is an army of women waiting in the wings to swoop down upon the world and breath their collective fiery rage onto all and sundry, though honestly, it would be a breathtakingly cathartic moment…at least until we had to mend the wounds and clean up the ashes. And the only reason I’m not suggesting it is because there isn’t an army, though there shouldbe.

I’m just never quite sure when it will manifest.

I’ve been following the lava flow of women’s anger for years — mostly because I’ve been living it, using it to temper a steelier version of myself while trying not to burn myself alive on a personal witch pyre. I watched it bubble and froth in 2015, when many white women began to see the writing on the wall — because let’s face it, black women saw it long before white women did. In 2016 I watched it come to a rolling boil as our fears — fears which were roundly dismissed in so many patronizing ways — came to pass.

We are nothing if not Cassandras, women, predicting a future disbelieved by so many.

And now? Well, now that future is here, isn’t it? 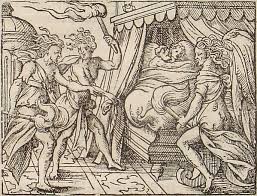 Too many of us haven’t learned how to harness that rage and ride it into change. Though there are plenty who have, and we would be wise to look to them for guidance.

This roiling feminine rage is a tinderbox and there is no release valve. Some days it takes up so much room in my throat I can barely breathe. There are other days I feel as if it is moments away from bursting through my skin, splintering through my rib cage like a scene out of Alien.

There is nothing gentle about it. It is a birth, raw and bloody and messy and painful.

What I am really asking is this: When is it time to burn?

Will it be banning birth control? Legalized rape? Enforced sex on demand like a Netflix binge watch? Do we have to go full Gilead and strip women of access to their money, their bank accounts, their jobs? Forced veils and modesty police?

Because if you wait that long, it’s already too late.

The warning bells have been ringing for years. Heed them. Because at some point those dragons are going to break free all at once and all hell-fire is going to break lose.

Saddle up and learn to ride.

This piece was originally published on the author's Medium and has been reprinted here with permission.

Dina Honour is an American writer living with family in Copenhagen, Denmark. Her prizewinning work has appeared in magazines such as Hippocampus and Signature, as well as on popular parenting sites such as Scary Mommy and Your Expat Child. Her first novel, All the Spaces In Between is currently awaiting a forever home. Dina blogs regularly at Wine and Cheese (Doodles), where she regularly observes life at the four-way intersection of parenting, politics, relationships, and living abroad. Find her there, @DinaHonour, or on Facebook