Details
BY Kat McQuade
IN Feminism
Published: 21 May 2019 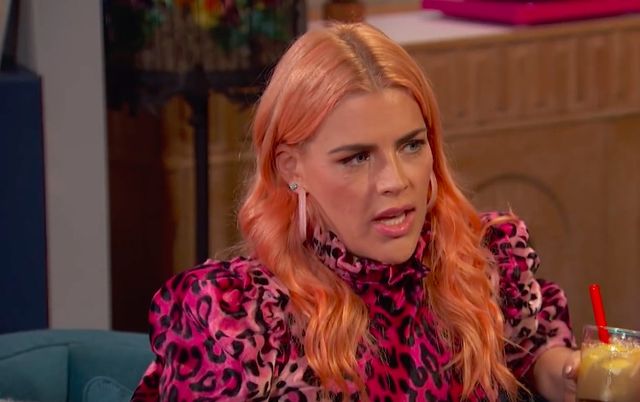 When Alabama passed its restrictive abortion law, which bans abortions after 6 weeks even in cases of rape and incest, many were appalled. The law, passed only shortly after Georgia's governor signed the infamous "heartbeat bill," puts all women at risk. It makes abortion a felony and doctors who perform abortions could face a minimum of ten years in prison. It’s a dangerous law, one that will cost women’s lives, especially if contested in the now conservative majority Supreme Court, where Roe v. Wade would be at risk of being overturned.

Actress Busy Philipps, host of Busy Tonight and star of Dawson’s Creek and Freaks and Geeks, took to Twitter to criticize the law. She pointed out that one in four women have had an abortion in the United States. In a New York Times interview, Philipps explained how she started the hashtag after Tina Fey reached out to her after Philipps opened up about her own abortion on Busy Tonight, saying, ‘“I think you hit on something, which is ‘you know me.’ It makes it very personal. I think you should think about starting that hashtag.”’ Out of this conversation came #YouKnowMe.

1 in 4 women have had an abortion. Many people think they don't know someone who has, but #youknowme. So let's do this: if you are also the 1 in 4, let's share it and start to end the shame. Use #youknowme and share your truth.

Since her initial tweet, thousands of women have come forward with their own stories on Twitter. These women's stories range from malformed fetuses that would not survive birth, simply not being ready for motherhood, to experiences of sexual assault that resulted in pregnancy.

Philipps reminds us that abortion is a simple medical procedure that millions of people have gone through. It isn’t an easy decision for anyone to make. Alabama lawmakers are saying that women cannot be trusted with their own bodies. We must have confidence that women know what is right for themselves, not infantilize them by restricting their bodily autonomy. To deny life-saving medical procedures is to deny humanity. America must decide if it wants to continue treating women like second class citizens who are incapable of making difficult and nuanced decisions for their own livelihood.

Women are capable of making these decisions, as many women of diverse backgrounds on Twitter and Instagram have shown the world through their own stories.

Almost 60 years ago, my mother had an illegal abortion. It was too harrowing for her to discuss, but she made sure I knew it had happened. In 2010, my wife had a legal abortion after we found out her pregnancy was not viable. We cannot and will not go back. #YouKnowMe #YouKnowUs

#YouKnowMe I was 22, broke & pregnant from sex that I said no to. Now I’m 27 w/ a college degree and a job that I’m so proud of & love. So thankful that I had a choice, and praying for women that don’t (and donating to abortion funds, too). #AlabamaAbortionBan #shoutyourabortion

In 2012, I had an abortion. It was one of the hardest decisions I've ever had to make. I still think about it to this day. But these truths do not make me regret my decision. It was the right choice for me, at that time in my life. I have not a single doubt about this. #YouKnowMe

I went to the doctor for heavy bleeding between periods. Turned out my IUD implanted itself an inch into my uterine wall, & I was 6 weeks pregnant. Every time I moved wrong, the tear in my uterus got a little bit bigger. Abortion saved my life & let me heal #YouKnowMe

My son exists because when I needed an abortion halfway through my (very wanted) first pregnancy, I had access to safe, legal abortion. Without it, I would very likely have been left infertile, or worse. #YouKnowMe pic.twitter.com/4l6JlCKYtw

i was 20 and my partner at the time wasn't aloud into the united states because he is Palestinian . I wasn't ready to raise a child alone or to be a mother #YouKnowMe

#YouKnowMe. I'm a mother. I'm an aerospace and defense professional. A bioastronautics researcher. A science communicator. I'm also one of nearly 1 in 4 women who has needed an abortion. A quick thread ? pic.twitter.com/gMZyL6TLvG

I am disheartened about hearing the news in Alabama. I feel as if women rights laws are going backwards. Individual choice is being taken. I’m truly so confused at the world rn and the policies that follow. #YouKnowMe

I don’t like to get political and I try to only do it if a really have to and this is one of those times. If someone doesn’t want to continue reading, you have been warned. Our rights as women to obtain safe abortions by experienced doctors are again at stake. Last Tuesday, Georgia Governor Brian Kemp signed a draconian bill into law that outlaws all abortions after six weeks — before most women even realize they’re pregnant — including in cases of RAPE OR INCEST. This makes Georgia the sixth state to pass such a restrictive six-week abortion ban, joining Ohio, Mississippi, Kentucky, Iowa, and North Dakota. These laws haven’t been passed yet, but lawmakers in these states are trying. Abortion is hard enough for women on an emotional level without having to go through it in potentially unsafe and unsanitary conditions. I myself went through an emergency abortion 2 years ago. I was 4 1/2 months pregnant and shooting on location in Eastern Europe. I went into pre term labor and told that I had to be awake for the whole procedure. It was one of the most horrific experiences I have ever gone through. I still have nightmares about it. I was alone and helpless. When I think about the fact that women might have to face abortions in even worse conditions than I did because of new laws, my stomach turns. I spiraled into one of the worst depressions of my life and had to work extremely hard to find my way out. I took time off of my career. I isolated myself for months and had to keep a strong face for my two amazing kids. I started gardening, eating healthier and going to the gym everyday because I didn’t want to jump into taking anti depressants unless I had tried every other alternative. Thank God I was able to find my way out of that personal hell without turning to medication, but the memory of what I went through and what I lost will be with me till the day I die. Abortion is a nightmare at its best. No woman wants to go through that. But we have to fight to make sure our rights are preserved to obtain a safe one if we need to. I never wanted to speak about this experience. But I cannot remain silent when so much is at stake. #prochoice #prochoicegeneration

Through Philipps’ personal story and hashtag, she reminds us that women shouldn't be ashamed of their abortion, saying, "I don’t have a shame. " Everyone knows someone who has had an abortion, whether they are aware of it or not.

To help fight abortion bans you can donate to the ACLU, Planned Parenthood, the National Network of Abortions Fund, or Unite for Reproduction and Gender Equity.