Details
BY Emma Davey
IN Feminism
Published: 16 May 2019 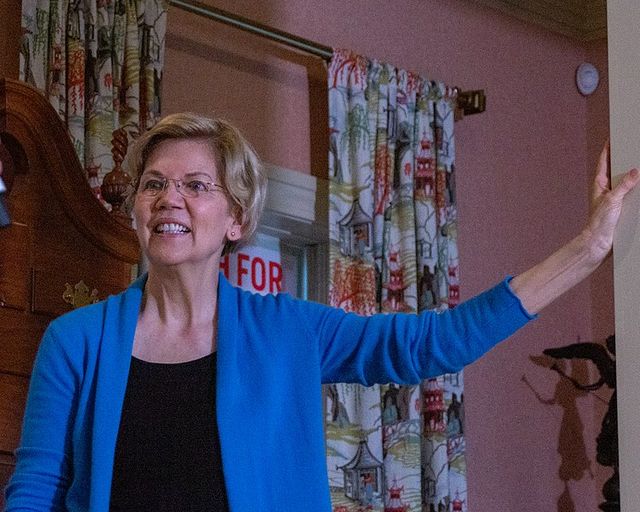 Presidential candidate Senator Elizabeth Warren recently declined an invitation for a town hall on Fox News. In an Instagram post, the senator wrote that she didn’t want to “invite millions of Democratic primary viewers to tune in, inflate ratings, and help sell ads for an outlet that profits from racism and hate.”

Warren elaborated on the thought-process behind her decision in a Twitter thread, saying that “Fox News is a hate-for-profit racket that gives a megaphone to racists and conspiracists—it’s designed to turn us against each other, risking life and death consequences, to provide cover for the corruption that’s rotting our government and hollowing out our middle class.”

I love town halls. I’ve done more than 70 since January, and I’m glad to have a television audience be a part of them. Fox News has invited me to do a town hall, but I’m turning them down—here’s why...

In the thread, Warren also emphasizes that she has been open to press coverage from the network, highlighting that she has “done 57 media avails and 131 interviews, taking over 1,100 questions from press just since January." She welcomes them to cover her events "just like any other outlet.”

Though Fox News clearly has a right-wing bias, it’s not unheard of for Democratic candidates to participate in a town hall. Senators Amy Klobuchar and Bernie Sanders recently appeared on the network, with Mayor Pete Buttigieg and Senator Kirsten Gillibrand expected to appear in a town hall soon.

Others were not so supportive, with the women of The View criticizing the decision. Surprisingly, the most opposed was not the “Princess of Arizona” Meghan McCain, but Whoopi Goldberg. “You know what, if you can’t face a Fox audience, you can’t face the U.S. — it’s that simple,” she declared. Co-host Sunny Hostin added: “I think that it’s being very dismissive of so many Americans for her not to go on Fox News...Fox News was the top basic cable network in April. It finished in 2018 as the most watched basic cable network for the third consecutive year both primetime and total day viewers.”

Regardless of what you think of the strategy, Warren has a clear sense of who she is in this campaign. She knows what is important to her, and where she will draw the line. We’ll see where the decision to decline a Fox News appearance takes her, but we can all applaud her decision to call the network what it really is: a racist, fear-mongering toxic wasteland of right-wing propaganda.

Tags: Elizabeth Warren , Fox News , town halls , The View , 2020 , Democratic primary
Support Feminist Media!
During these troubling political times, independent feminist media is more vital than ever. If our bold, uncensored reporting on women’s issues is important to you, please consider making a donation of $5, $25, $50, or whatever you can afford, to protect and sustain BUST.com.
Thanks so much—we can’t spell BUST without U.