Details
BY Gretchen Sterba
IN Feminism
Published: 16 May 2019 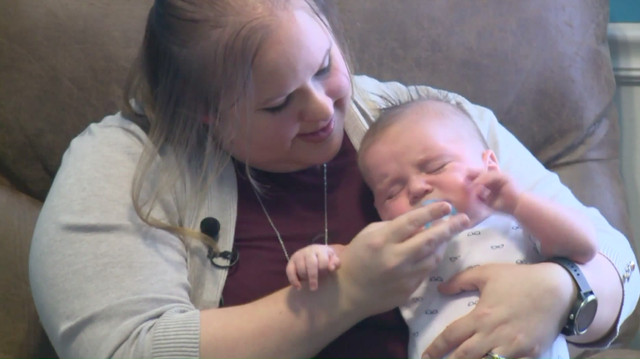 With numerous recent abortion bans and access to contraception becoming more difficult, issues surrounding women's health are in more dire need of attention than ever before. Another aspect of maternal health that demands our attention is the story 30-year-old Emily Manley is sharing. Manley, a resident of Iowa, gave birth to a son, Jettson, in February, ABC13 reported. First, she was mandated by her employer to take all of her paid time off (an unofficial, yet forced maternity leave). After that time was over, Manley's employer, who does not provide paid maternity leave, promised her regular position when she returned. So, for three months she used the Federal Family and Medical Leave Act (FMLA) for three months of unpaid time off to be with Jettson.

Yet while Manley was on leave, she was offered another job by her former workplace that offered better benefits. She decided to take the position, claiming it would work better for her growing family.

After giving her old boss more than two weeks notice, Manley started her new position on April 23, almost three months since the beginning of her maternity leave. Soon after, she received a bill from her former company for more than $2,600 in health care costs, as well as the paid time off she was mandated to take. Manley and her husband budgeted for hospital bills, daycare costs, as well as other miscellaneous baby needs, but are grappling with this unexpected check that the couple needs to pay by the end of June.

In a recent article with Yahoo Lifestyle, Manley revealed that her company said the deadline is “completely fair given the length of time that has already elapsed since first starting maternity leave that was covered by FMLA on February 11th” and the deadline is “already an extension of one additional month beyond the original plan offered.”

Want to know what’s even more frustrating? Manley rightfully wanted to pursue legal action, but was urged not to do so because legal fees would cost more than simply paying the fee her former employer billed her. Let us not forget that the U.S. is the only country in the world that does not mandate employers provide paid leave for new mothers, according to the Organization for Economic Cooperation and Development.

In a 2010 CBS News article, a source from a nonprofit research center, the Families and Work Institute, said when women wish to knowingly depart from their company during maternity leave, it can backfire on future women who wish to take maternity leave and return to work. Since short-term disability pays for up to six-eight weeks, the company has to pay the remaining half. So, if women decide to not want to come back to work (which is totally fine), the company could decide to eliminate maternity leave altogether.

I’m not a mother, so I don’t have all the answers. I do think in instances like Manley’s, where she had given notice about not returning but was still charged for her part time off, is bullshit. If she were to completely ghost the company and just move forward on to a new position without saying anything, it’d be a different story because companies like nonprofits can’t really swing funding maternity leaves for employees that won’t even return.

There are so many burdens women often bare alone: from wanted to unwanted pregnancies, access to reproductive healthcare, sexual assault — the list goes on.

The men (and women) in Congress want us to have babies so badly they will jail us even if we are raped or impregnated by incest. And to this day, so many women are still dying from giving birth. According to a December 2018 National Geographic article, in the United States, more than 700 women die each year from causes related to pregnancy or childbirth. Compared to white women, Black women have three times the mortality rate, and more than 60 percent of these maternal deaths are preventable. Slowly but surely, our reproductive rights are getting stripped away and we are going to continue to die if something isn't done.

Alabama passed its abortion bill in a 25-6 vote, with those 25 votes being white males (!!!!!). I beg of you, Alabamian senate men like Clay Scofield, Andrew Jones, and other douchebag-sounding names, can you throw us a fucking bone? Realistically, with all of these obstacles, how can we have children and not only stay financially stable and healthy, but sane? Because if these politicians want us to continue to have children for economic and sociological survival, they must also provide the proper resources so that we can take care of the children once they're outside of the womb.