Details
BY F Yeah History
IN Feminism
Published: 10 May 2019 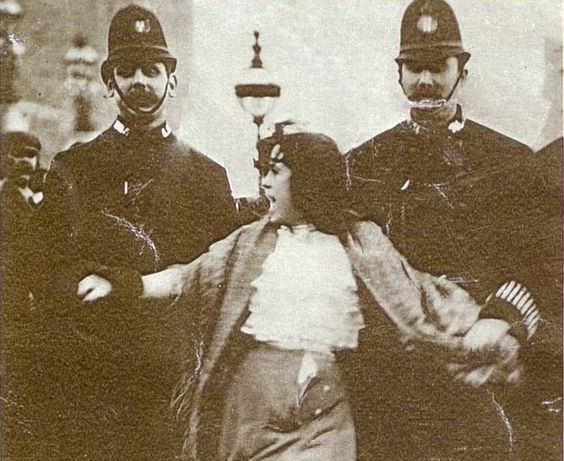 In 1918 women were finally given a portion of the vote: that is, the Representation of the People Act allowed women over 30 who were married to a property owner, were graduates in a University Constituency, or were a member of a Local Government Register (or at least married to one!) to vote in elections.

Getting to this partial step towards equality had been one loooooong fight. Thousands upon thousands of women fought for decades for the simple right of having a say in their own lives.

So, let’s remember a few of the badass brave ladies that history all too often forgets! 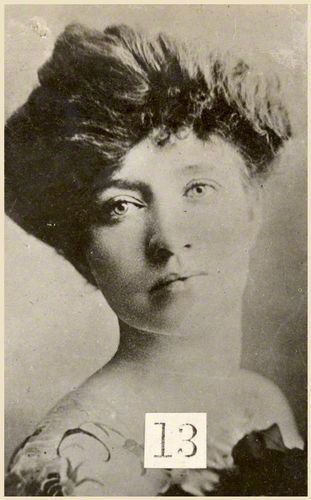 A former chorus girl, Kitty Marion was steadily climbing the ranks to become a headlining music hall act. But she quickly discovered that wasn’t going to happen unless she got on the casting couch.

Kitty was appalled by just how disgustingly sexist the theatre industry was. But she wasn’t going to give in that easily.

Instead of walking away, she decided to fight; not just for her, but for every woman! She wanted women to be seen as equals, not as objects. In her mind, that couldn’t happen until women had equal political power.

And so, in 1908, Kitty joined the WSPU(Women’s Social and Political Union, commonly known as The Suffragettes).

Now, to say Kitty was happy to use militant tactics for the cause would be the understatement of the century. 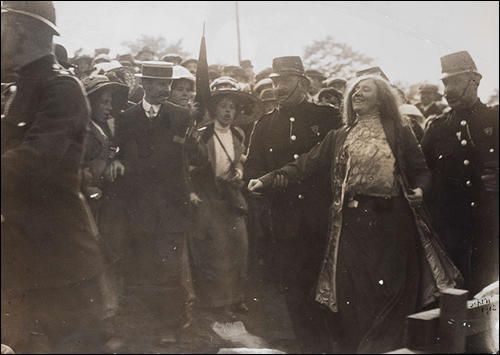 Kitty during one of her many arrests

Kitty actually kept a scrapbook,where, much like her theatrical press cuttings, she popped news articles about her arson attacks, including several pieces on attacks where the culprit was never found. Hmmm, I wonder who could have done those?!?

Yeah, I don't think we need Sherlock to crack that particular case.

Unsurprisingly for someone carrying out all of the arson, Kitty spent a lot of time in prison. She regularly undertook hunger strikes, which led to her being force fed a record 242 times.

But Kitty was unwavering, even setting fire to her cell after one force feeding (girl had a theme!). 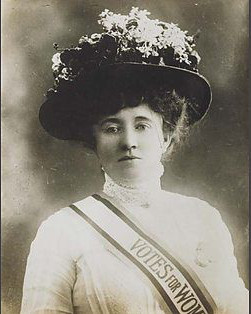 I mean, look at that steely stare.

By 1915, the First World War was in full swing and the German-born Kitty was seen as way to much of a threat to remain in the UK (to be fair, she was doing all of the arson..) so she was deported to America, where she could live a quiet life and stay out of trouble.

She was part of the group that would go on to create Planned Parenthood and spent a lot of time on the streets raising awareness of birth control. 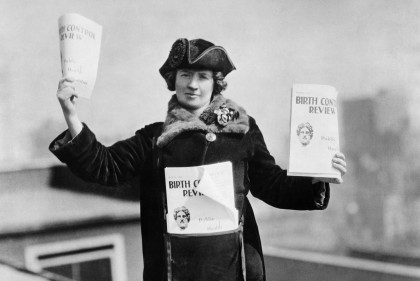 At this point, we all know that Kitty refused to give up.

In 1921, Kitty and Margaret Sanger set up America’s first birth control clinic. The police never stopped trying to close it.

Kitty continued campaigning until her old age, eventually dying in 1944, surrounded by her friends and fellow fighters.

Dora had been working in a Huddersfield mill since she was just over 10.

Now, to be blunt, being a mill worker was the worst. The hours were long, the pay shit and the safety negligible, with children and adults both working in hazardous conditions.

But Dora was one smart cookie. She’d been poring over newspapers and chatting politics since she was just 7! All this parliamentary prose has made Dora determined to see change, but she knew this couldn’t happen when half the population couldn’t even vote!

So, in her early teens, Dora became a founding member of her local WSPU branch.

In February 1907, a 16-year-old Dora hopped on a train with her fellow WSPU members and travelled from Manchester to London for a quick parliamentary protest road trip. Dora’s ‘clog and shawl brigade’ were joined outside Parliament by WSPU groups from all over Britain, but they weren’t alone; an army of hundreds of policeman met the ladies head on and things quickly escalated.

Pretty soon, 75 suffragettes were arrested for trying to ‘rush’ the House of Commons; Dora was one of them.

Within hours of her arrest, Dora was the face of the suffrage movement, with this picture slap in the middle of the Daily Mirror’s front page. 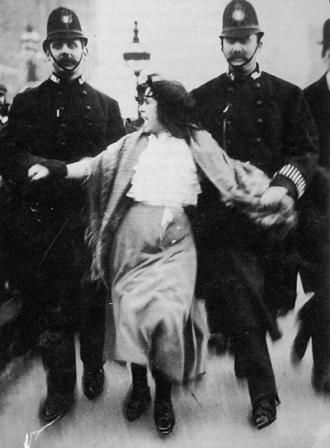 This picture went on to become a popular anti-suffragette postcard.

The newspapers dubbed her the baby suffragette.

When she appeared in court, the judge (here to be known as Captain Asshat) was equally condescending and flippant, proclaiming to the court that he was sure the reason Dora was actually in London was to ‘entice’ men. Captain Asshat then went on to ask:

‘Where is your mother?’

Sadly, if Captain Asshat was thinking Dora’s mom would be pissed at her daughter, he was wrong—Dora’s mother actually wrote to him saying just how proud she was of her headstrong and intelligent daughter.

Sadly, no matter how amazing this was, it didn’t help. 16-year-old Dora was sent to prison.

Dora was bullied by the guards and most probably experienced beatings in addition to the daily verbal harassment.

By the time she left, the teenager’s spirit was crushed.

But that didn’t stop the Edwardian paparazzi hounding Dora as soon as she stepped off the train in Manchester! They all wanted to know what the baby suffragette would do next.

Dora was not down with this!

She was done with the hierarchy treating her like a child whose views were a cutesy joke. Nearly 17, she shot back at journalists:

Dora continued campaigning until, in 1914, she decided to escape mill life and moved to Australia. There she lived happily until a ripe old age, with her husband and children (who, BTW, were all obvs educated in feminism and the need for equal rights for all!).

Leonora Cohen grew up in a hardworking family. Just like Dora, she worked from an early age, eventually settling down with a nice man to pop out a few kids.

But this wasn’t the end of Leonora’s story! 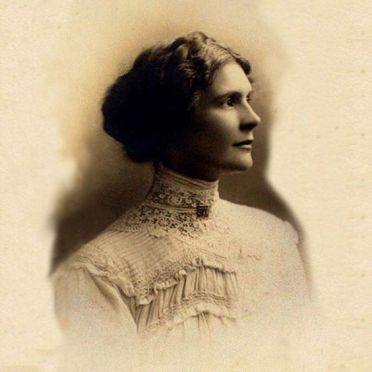 You see, Leonora had watched her mother struggle as a single mom, had herself faced horrific working conditions as woman, and was generally treated as a second-class citizen. She watched as those around her just took this and that sparked something inside:

‘My mother would say ‘Leonora, if only we women had a say in things’, but we hadn’t. A drunken lout of a man opposite had a vote simply because he was a male. I vowed I’d try to change things.’

Can we please have more Leonoras in the world?

In 1909 Leonora joined the WSPU, initially selling suffragette papers in the gutter (so she couldn’t get arrested for obstructing pavements).

But two years into her activism, Leonora decided to go all in. With her husband backing her all the way, she went big on militant actions!

Leonora attended more protests than ever before. She learned to give powerful speeches and ignore the masses of hate mail that followed them. She even went to Holloway Prison for stone throwing!

But it wasn’t enough. Leonora wanted to do something that would grab people’s attention.

And so she planned to break into the Crown Jewels.

In 1913, Leonora walked into the Tower of London, a crowbar hidden under her coat.

Nobody noticed the slight woman…until she whipped out the crowbar and smashed through the glass protecting the Crown Jewels. She was immediately tackled to the ground amid a shower of broken glass. But the damage was done.

Leonora had succeeded. Her act was front page news; the note she’d wrapped around the crowbar providing the words on everyone’s lips:

‘My Protest to the Government for its refusal to Enfranchise Women, but continues to torture women prisoners – Deeds Not Words. Votes for Women. 100 Years of Constitutional Petition, Resolutions, Meetings & Processions have Failed’ 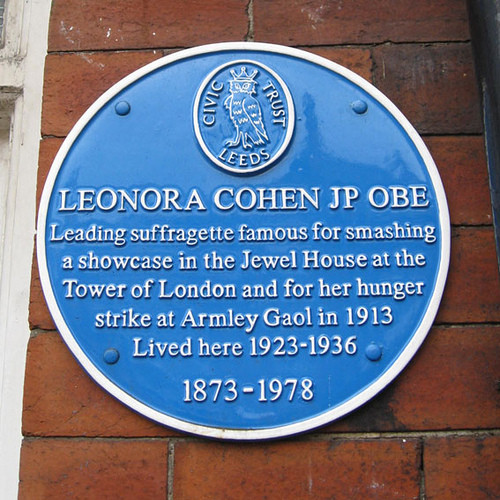 Leonora continued her work after women were partly granted the vote in 1918. She became the first female president of The Yorkshire Trade Councils, before becoming one of the U.K.’s first women to take the bench, when she was made a magistrate in 1924.

Leonora stayed an active feminist right up until her death in 1978, at the grand old age of 105!