Details
BY Emma Davey
IN Feminism
Published: 09 May 2019 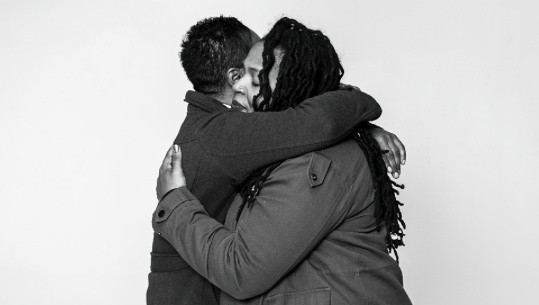 Mother’s Day is a time to celebrate the moms (and important female figures) in your life, but it can also be a time for activism, thanks to two ongoing campaigns specifically highlighting issues facing Black mothers.

The National Bail Out collective’s campaign #FreeBlackMamas seeks to raise money to post bail for Black mothers so they can spend time with their families on Mother’s Day. The campaign started in 2017 and represents a collective of different groups, such as Southerners on New Ground and Color of Change. They have hosted a Free Black Mamas Fellowship for the past two years, a conference in which 20 "previously bailed out mamas and caregivers" had the chance to participate in an eight week long, paid fellowship that included education on politics and organization, according to National Bail Out's website.

The group’s ultimate goal is to end the system of cash bail, a system that essentially criminalizes people for being poor. Though exorbitant amounts for bail are theoretically unconstitutional, the reality is that there are hundreds of people in this country sitting in jails right now because they couldn’t  afford bail. According to The Atlantic, “[m]ore than 60 percent of people locked up in America’s jails have not yet been to trial, and as many as nine in 10 of those people are stuck in jail because they can’t afford to post bond.” If you are interested in donating to the fund, you can do so here.

Another campaign, "Save Our Moms," launched close to Mother’s Day in order to draw attention to issues affecting Black mothers. Actor, writer, and Met Gala Queen Lena Waithe has teamed up with MTV to launch "Save Our Moms" in order to address the disproportionately high rate of black maternal deaths. The United States actually has the highest rate of maternal deaths in the developed world, but the maternal mortality rate for Black mothers is three times higher than that of white mothers. 60% of those deaths were preventable.

As reported by IndieWire, “the campaign will have three different components,” including “a video PSA….a digital action hub to provide educational resources on the issue to expectant mothers, while the third tier will be MTV news and talent activations where celebrities will share personal stories on the subject matter to raise awareness.”