Details
BY Kat McQuade
IN Feminism
Published: 07 May 2019 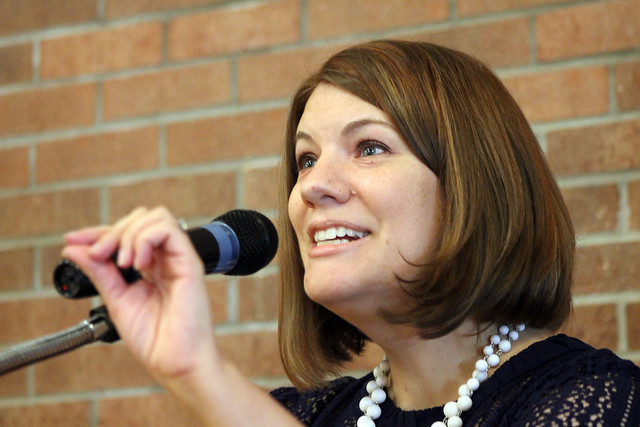 Rachel Held Evans, a progressive Christian writer, died from severe brain swelling Saturday morning. Placed in a medically induced coma in April, Evans had been experiencing constant seizures. She is survived by her husband and two children.

Evans was a long time advocate for the disenfranchised and millennials in Christian communities. Before her passing, she had left the evangelical church due to its close associations with the far-right. Evans posed tough questions to her peers. In an essay regarding the rejection of LGBTQ people from the church she asked:

“Why are the few passages about homosexuality accepted uncritically, without regard to context or culture, but the many about poverty so easily discarded?”

As an advocate for those who had lost touch with their faith or were outright rejected by evangelical churches, Evans was a controversial figure in theocratic conversations. A self-identified millennial, Evans aptly explained why young people were leaving the church:

“What millennials really want from the church is not a change in style but a change in substance.We want an end to the culture wars. We want a truce between science and faith. We want to be known for what we stand for, not what we are against. We want to ask questions that don’t have predetermined answers. We want churches that emphasize an allegiance to the kingdom of God over an allegiance to a single political party or a single nation.We want our LGBT friends to feel truly welcome in our faith communities.”

Evans also held beliefs that some progressives did not agree with. She was pro-life but encouraged evangelicals and other Christians to vote for Hillary Clinton. She voted for both George W. Bush, but she voted for Barack Obama.

In a 2016 essay supporting the presidency of Hillary Clinton, Evans commented on why she was pro-life, but voted for pro-choice candidates:

“So even though I think abortion is morally wrong in most cases, and support more legal restrictions around it, I often vote for pro-choice candidates when I think their policies will do the most to address the health and economic concerns that drive women to get abortions in the first place. For me, it’s not just about being pro-birth; it’s about being pro-life. All children deserve to live in a home and in a culture that welcomes them and can meet their basic needs. Every mother deserves the chance to thrive. Forcing millions of women to have children they can’t support, or driving them to Gosnell-style black market clinics, will not do.”

What was so revolutionary about Evans and her writings was her ability and attempt to reconcile modern, progressive living with conservative evangelical churches. She was willing to criticize and an institution that pushed away young people and the disenfranchised. Unafraid to call out injustices in the church, she also wrote several books, one on the relationship between womanhood and the Bible. In her New York Times best-selling 2012 non-fiction book, A Year of Biblical Womanhood, lived as closely as she could to the rules for women the Bible presented, from camping in a tent in her backyard during her period to covering her hair.

Evans was a crucial figure in the complicated conversation surrounding Christianity and its ability to integrate into the modern, progressive world. She asked the hard questions, ones her peers left alone or used for hate speech. We may have lost a great writer in the realm of progressive Christianity, but Evans’ important writing will surely affect members of all faiths for generations to come.

Tags: rachel held evans , christian , evangelical , writer , feminist , lgbtq , church , spirituality
Support Feminist Media!
During these troubling political times, independent feminist media is more vital than ever. If our bold, uncensored reporting on women’s issues is important to you, please consider making a donation of $5, $25, $50, or whatever you can afford, to protect and sustain BUST.com.
Thanks so much—we can’t spell BUST without U.