Details
BY Gretchen Sterba
IN Feminism
Published: 02 May 2019 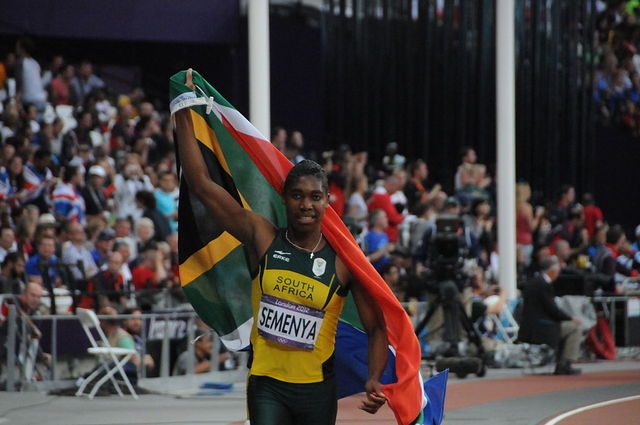 Caster Semenya, a two-time South African Olympian and national treasure, is being forced by the Court of Arbitration for Sport to suppress her levels of testosterone, deeming it too high for a woman in track and field to have.

Semenya and other women with elevated levels of testosterone will have to take hormone-suppressing drugs if they want to keep competing at international competitions, like the Olympics, according to The New York Times. The court ruled in a 2-to-1 decision saying that although restrictions on these hormone levels were discriminatory, the discrimination was “necessary” due to preserving the purity of female competition.

Now, Semenya and other female athletes with high testosterone levels will either choose to follow this new ruling, or have to decide between options such as competing against men or entering competitions designed for intersex athletes.

At only 28, Semenya has inspired women all over the world with her fierce swiftness that looks like art on the track, and fighting back, always unapologetically, against whatever officials have to say about her body. On Twitter this morning, Semenya posted a quote that said, “They laugh at me because I am different. I laugh at them because they’re all the same.”

Back in 2009, Semenya won gold at just 18 years old in the 800-meter race at the world track and field championships in Berlin, but was shortly barred from the competition and was administered sex tests, requested by the International Association of Athletics Federations (I.A.A.F.). Throughout the years, Semenya has refused to back down to haters and sexists, appearing in ads for Nike, gracing the cover of Forbes Women Africa, and continuing to inspire people through inspirational quotes and images on her social media where she has thousands of followers.

Though we have been challenging discussions about gender fluidity and its role in culture and politics in recent years, rulings like this seem to set us back instead of setting us up for the future. Perhaps years ago men and other enablers who support this rhetoric of how women should appear might have slid past the media, but in an age where representation of all bodies truly does matter, the I.A.A.F. has fallen short. This may be surprising to some who have a narrow-minded idea of what a woman should be, but unbalanced hormone levels of either testosterone or estrogen does not make you more or less of a woman; we should accept Semenya as the incredible athlete she is, instead of forcing her to be someone she is not.

In a statement released Wednesday, Semenya said, “I know that the I.A.A.F.’s regulations have always targeted me specifically. For a decade the I.A.A.F. has tried to slow me down, but this has actually made me stronger. The decision of the C.A.S. will not hold me back. I will once again rise above and continue to inspire young women and athletes in South Africa and around the world.”

Tags: Caster Semenya , female athletes , track and field , Caster Semenya
Support Feminist Media!
During these troubling political times, independent feminist media is more vital than ever. If our bold, uncensored reporting on women’s issues is important to you, please consider making a donation of $5, $25, $50, or whatever you can afford, to protect and sustain BUST.com.
Thanks so much—we can’t spell BUST without U.