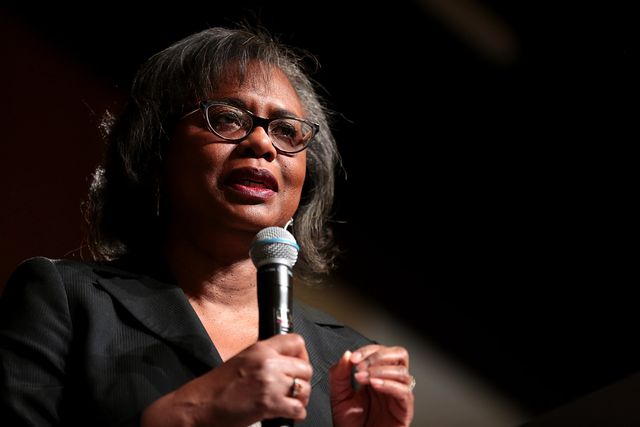 With his recent presidential bid, former vice president Joe Biden is facing a resurgence of criticism for his role in handling Anita Hill's 1991 testimony against Clarence Thomas, in which she accused the Supreme Court nominee of sexual harassment. Before launching his 2020 campaign, Biden reached out to Hill through an arranged phone call to express “his regret for what she endured and his admiration for everything she has done to change the culture around sexual harassment in this country,” revealed a campaign spokesperson. Hill was unsatisfied with Biden’s attempts to make amends.

At the time of her testimony, Biden was the chairman of the Senate Judiciary Committee and presided over the confirmation hearings. During which, Hill was subjected to brutal interrogations by a committee of all white-males, who belittled her accusations with testimony from Thomas supporters and failed to call witnesses who were willing to testify on Hill’s behalf. In a recent interview with The New York Times, Hill, who’s currently a professor of social policy, law and women’s studies at Brandeis University stated, “I cannot be satisfied by simple saying, ‘I’m sorry for what happened to you.’ I will be satisfied when I know there is real change and real accountability and real purpose.”

While she did mention that she does not believe Biden’s actions should bar him from the race, affirming she’s “really open to people changing,” she cannot support the candidate until he takes full responsibility. “He needs to give an apology to the other women and to the American public because we know now how deeply disappointed Americans around the country were about what they saw. And not just women. There are women and men now who have just really lost confidence in our government to respond to the problem of gender violence,” she told The Times.

Dr. Christine Blasey Ford’s 2018 testimony against Brett Kavanaugh drew many comparisons to the 1991 hearing. Hill remarked in the interview that she considers Biden to have “set the stage” for Kavanaugh’s confirmation. Both Kavanaugh and Thomas were appointed to the court despite allegations of sexual harassment. Hill said she wants sexual harassment and gender violence to be crucial topics during the Democratic presidential primary and wants to know how Biden and the rest of the candidates plan to address them.

Considering Trump’s extensive history of despicable behavior towards women as well as the aftermath of the Kavanaugh hearings and the #MeToo movement, issues concerning sexual harassment and gender rights will be at the forefront for many voters. And, whoever is chosen as the Democratic nominee must be capable of strongly distinguishing themselves from Trump on these matters. As Hill said, there are many Americans who have, rightfully, lost confidence in our government and system of justice.