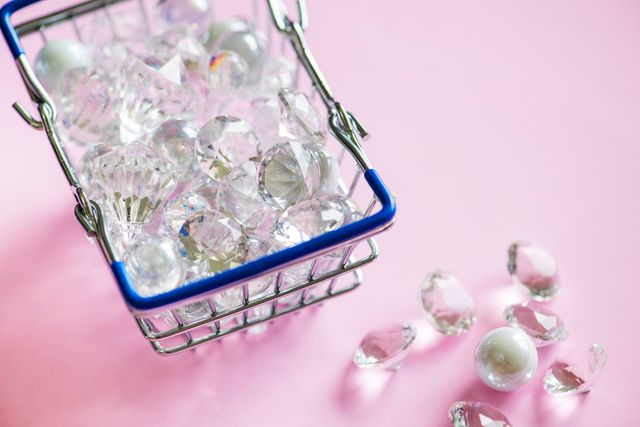 If you’ve ever set foot in a mall or turned on a TV, you’re probably familiar with the words: “Every Kiss Begins With Kay,” “He Went To Jared” and “Zales: The Diamond Store.” You’ve probably seen the cheesy, heteronormative commercials involving a man surprising his wide-eyed girlfriend/fiancé/wife with a sparkly piece of jewelry, illustrating his love and devotion to her. And, as a result of these commercials, you’re probably familiar with the notion that this is how you treasure women--with sweeping gestures materializing in a piece of jewelry.

But you might not know that the company responsible for selling romance and love instilled a culture of pay discrimination and sexual harassment. The New York Times Magazine has published a detailed expose, by Taffy Brodesser-Akner, uncovering the toxic culture of Sterling Jewelers Inc. and its parent company, Signet. Signet owns the jewelry stores seen in every mall across the country. Kay, Jared the Galleria of Jewelry and Zales are only a few of the brands under Signet. Brodesser-Akner interviewed lawyers and dozens of employees about the company’s corporate culture and a “pay-and-promotions” class-action lawsuit against Signet, which at one point included 70,000 women. After fourteen years, the lawsuit remains unresolved.

In 2005, Dawn Soutos-Coons filed a report claiming sex discrimination in the Jared store where she worked. She had been a manager at J.B. Robinson, another store under Signet, where she helped increase sales from $800,000 to more than $3 million. When her husband had to relocate to Florida for work, she requested a transfer and was offered an assistant-manager position at a Jared, a new store then that sold higher-end jewelry. For Soutos-Coons, “the idea of working with the really good stuff made the demotion palatable.” She also mentioned that she took the job on the condition that she would be considered for the first manager spot available.

But, she was never given the job even “when the manager left for training to be a district manager; not when that man was replaced by a man who had just two years of experience at another jewelry store along with a few years of nonjewelry experience at a Men’s Wearhouse.” Moreover, because of her access to payroll records, she discovered that the men were making more than the women, who all had more experience. Hourly wages for the women averaged $10.39 while the men’s averaged $13.40, which “on that average, a woman working a 30-hour workweek for 52 weeks each year would make $16,208.40 before bonuses, while a man working the same amount would make $20,904.”

Accounts from more employees reveal a company that cultivated “a system in which men were consistently paid more than women and promoted more quickly; a hiring system in which management received instructions from regional vice presidents that included: ‘Put them in a push-up bra and get them on the lease line.’” In other words, the company was a breeding ground for sexual harassment.

Incidents of on-the-job harassment ranged from lewd comments, like when a soon-to-be manager reportedly told a female sales associate that he wanted to “lick her head to toe,” to rape. At a 2004 managers’ meeting, a man by the name of Rick Docekal raped a fellow manager while she was asleep.

The Washington Post and The New York Times have previously reported some of the incidents, but the Times Magazine piece, as  Kelly Faircloth for Jezebel writes, “lays everything out in a way that heightens the contradiction at the heart of the story—the notion that a company built on women’s fantasies of being loved and valued would systemically degrade and exploit the women who work there.”

Header photo by rawpixel.com via Pexels