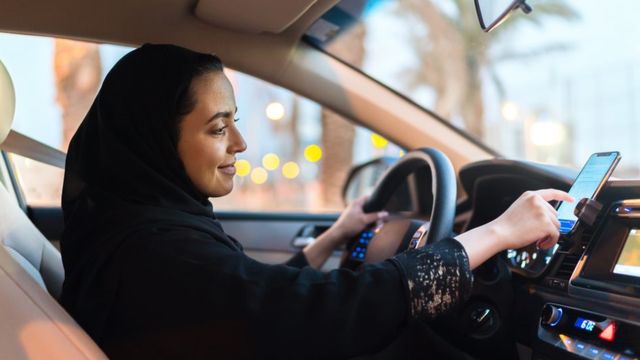 It was just less than a year ago in June 2018 when the ban on women driving in Saudi Arabia was lifted, and now, Uber is piloting a new feature for their female drivers–giving them the choice to reject men passengers and pick up women riders only. The new feature, called Women Preferred View, will roll out this fall and is available for all female drivers, according to CNN.

“By empowering female entrepreneurs, Uber is proud to provide the same economic opportunities currently enjoyed by male drivers across the Kingdom,” said Pierre Dimitri Gore-Coty, Vice President & Head of Operations for Uber EMEA (Europe, Africa and the Middle East) told Uber Newsroom. “We have partnered with Saudi women to explore how Uber can work for them, and we will continue listening as we build the future of urban mobility in Saudi Arabia together.”

This new piloting program is making headlines at just the right time. Not only is it a win for women in Saudi Arabia, but the U.S. should take note too, since there have been many recent incidents of people portraying Uber drivers and riders getting assaulted or even killed. It was recently reported that Uber will release a safety-transparency report this year, including extensive data of sexual assault claims and other safety concerns.

This 'Uber For Women' App Takes Creeps Out Of Car Services

Tags: Uber , Saudi Arabia , women , drivers , ride share app , feminism
Support Feminist Media!
During these troubling political times, independent feminist media is more vital than ever. If our bold, uncensored reporting on women’s issues is important to you, please consider making a donation of $5, $25, $50, or whatever you can afford, to protect and sustain BUST.com.
Thanks so much—we can’t spell BUST without U.