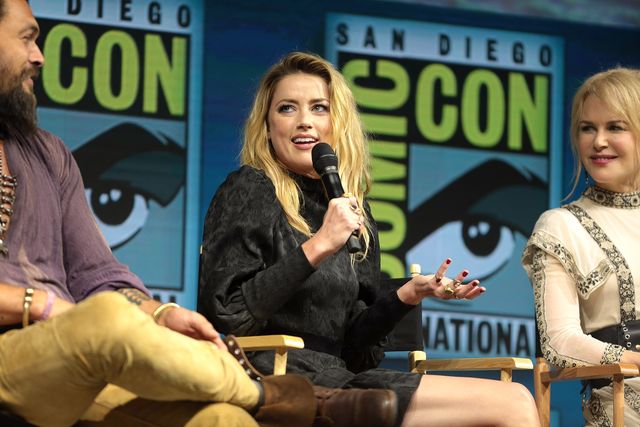 In August of 2016, Amber Heard made a brave decision and divorced her abusive husband Johnny Depp. Following the allegations of abuse, many people did not believe her. Unfortunately, it’s a tale as old as time—people choose not to believe victims not only as a way to justify their continued support for abusers, but also out of a downright lack of empathy.

Later, in December of 2018, Heard wrote a detailed opinion piece for the Washington Post that delved into her own experiences as a victim of domestic abuse, without actually naming Depp. By doing so, she used her voice to reclaim her experiences without giving him or his name any power. However, in response to the piece, Depp filed a $50 million defamation lawsuit against her.

In new court documents responding to Depp’s suit, Heard provided detailed accounts of multiple instances of abuse at the hands of Depp that she experienced during their marriage. She wrote that Depp would become another person when he would drink or take drugs, and that both her and Depp had referred to this alter ego as “the monster.”

“Johnny shoved me into a ping pong table that collapsed underneath me. Johnny threw bottles through the window panels of a glass door, breaking two panes, and leaving glass everywhere. Johnny then grabbed me, gripping my body and nightgown. He tore the nightgown off, and at some point, I was naked and barefoot, covered in alcohol and glass,” Heard wrote. She also detailed other instances where Depp slapped her across the face, choked her, and pulled her by her hair, ripping off pieces of her scalp in the process. Heard also wrote that she still has scars from the glass cuts all over her body.

In one instance on an airplane, Depp threw objects at Heard and yelled at her because she had filmed a romantic scene with James Franco. Despite Depp also being a professional actor and filming scenes of this nature as well, Depp saw this as a reason to taunt and abuse his wife.

Like most victims of domestic abuse, Heard believed Depp when he told her he would change in his brief moments of sobriety. The last instance of abuse that prompted Heard to file a restraining order against Depp in 2016 was when he “wound up like a baseball pitcher and threw the phone in [her] face, as hard as he could,” leaving a bruise on her face.

Even though I lightly followed this case when the two first split, Heard’s most recent account of the abuse she endured shocked me. I am appalled at Depp and what he is capable of. I am even more appalled that people with power and influence in Hollywood are still willing to cast such a monster and provide him with a platform for success, as he is still slated to be a part of the third Fantastic Beasts film.

Though some may disagree with me, I am a firm believer in being unable to separate an artist from their art. If an artist is an abuser, do not support their art (it’s really that simple!). Now is the time to stand up to abusers and believe survivors, and it’s long overdue. Let go of celebrities that abuse and use their power to silence their victims.

Tags: Amber Heard , Johnny Depp , James Franco , hollywood , Fantastic Beasts
Support Feminist Media!
During these troubling political times, independent feminist media is more vital than ever. If our bold, uncensored reporting on women’s issues is important to you, please consider making a donation of $5, $25, $50, or whatever you can afford, to protect and sustain BUST.com.
Thanks so much—we can’t spell BUST without U.