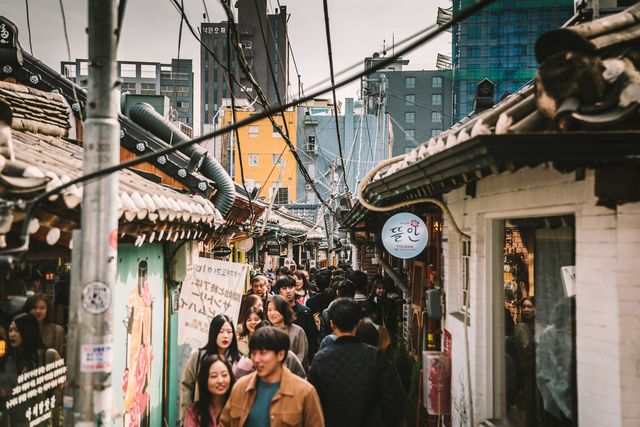 Pro-choice activists and women hugged, cried, and celebrated in Seoul Thursday after learning abortions are now going to be legal in South Korea.

Since 1953, abortions have been illegal in South Korea, unless it has been a proven that the person seeking an abortion was raped, or that their health is at risk. In an exciting reversal, Seoul’s constitutional court lifted the ban, deeming it unconstitutional, and giving women the right to choose.

The Guardian reported that under the current law, doctors who perform the procedures can face up to two years in prison, while women getting abortions can face up to one year. In a panel of nine justices, seven found the 66-year-old law inconsistent with the constitution, saying it “violates a pregnant woman's right to self determination,” the Los Angeles Times reported.

“The abortion ban limits women’s rights to pursue their own destinies, and violates their rights to health by limiting their access to safe and timely procedures,” the court said in a statement. “Embryos completely depend on the mother’s body for their survival and development, so it cannot be concluded that they are separate, independent living beings entitled to the right to life.”

However, in recent years, the ban on abortions has rarely been prosecuted, anyway. The New York Times reported that in 2017 alone, there were 49,700 abortions, almost 94 percent of them happening illegally. Yet between the years of 2012 through 2017, only 80 cases went to trial for being involved in the procedures and only one of the participants served prison time, whereas the rest received fines or suspended jail terms.

But perhaps without the longevity of activism within the South Korean community, this change of legislation wouldn’t have been possible. In a government survey published in February this year by the Korea Institute for Health and Social Affairs, experts found that more than 75% of women aged 15 to 44 believed the law should be amended. In 2017, more than 230,000 people signed a petition to legalize abortion.

Although abortions have been going on in South Korea for decades, now is a historic time where women can hopefully (and finally) feel safe, confident, and rightful in their decision, without having to worry about being penalized for having agency over their bodies.

Tags: abortion , south korea , abortion ban , pro choice
Support Feminist Media!
During these troubling political times, independent feminist media is more vital than ever. If our bold, uncensored reporting on women’s issues is important to you, please consider making a donation of $5, $25, $50, or whatever you can afford, to protect and sustain BUST.com.
Thanks so much—we can’t spell BUST without U.