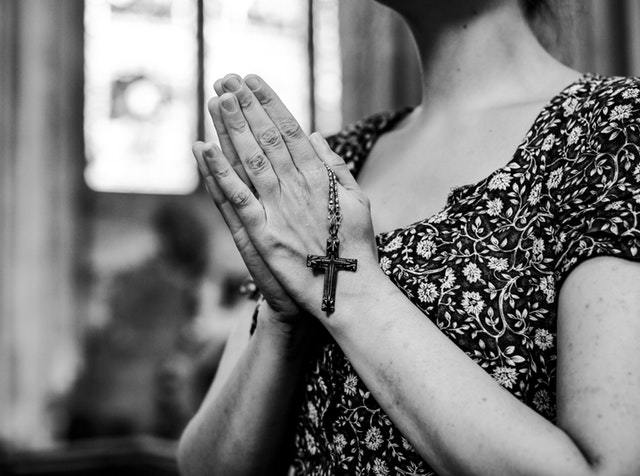 Early this month a Kentucky woman reported that she had been forced to undergo female genital mutilation (FGM) along with her sister as a child by her white, Christian parents. Now in her 40s, Jennifer (a pseudonym used by Reuters for her interview) is calling for Kentucky to outlaw the practice. She recounts her parents telling her to never speak of it again. Her story follows Renee Bergstrom’s, “who revealed she had been cut at a church clinic when she was three because her mother thought she was touching herself.” As the second white American woman to recently come forward with her story, Jennifer is presenting a new face to the issue of FGM nationally and globally.  She recounts the teachings of the church leaders: “We were taught men were the leaders and God made women to be submissive,” she told the Thomson Reuters Foundation. “[…] For a woman to be sexual was seen as a sin, for her to have pleasure was a sin.”

While FGM has been illegal federally since 1996, there are still 21 states where FGM is still legal. These states range from more conservative states such as Kentucky, the Carolinas, and Alabama, to supposedly more liberal ones like Washington, Massachusetts, and Vermont. Ohio only just made the practice illegal this past January. There are an estimated 513,000 girls at risk or who have experienced FGM in the U.S. according to the AHA Foundation.

Implemented as a way to “cleanse women of sexual desires,” FGM has been medically proven to be dangerous and harmful, rather than helpful as many religious extremists believe. FGM contributes to life long health problems including difficulties in engaging in sexual activity, giving birth, the risk of infection (often life-threatening), chronic pain, and more.

While the AHA foundation largely focuses on the affects of Islamic extremism in regards to FGM, stories like Jennifer’s are coming to the forefront. The focus of FGM in the U.S. has been diasporic, Muslim communities who have immigrated from African countries where FGM is commonplace.

Jennifer’s story also brings to mind other recent issues concerning children and children’s sexuality. In the past few years stories of white, American child brides forced into marriage by their conservative, Christian parents, another practice often regarded as a “brown problem,” have emerged into the public eye. The horror stories from women if African countries come off as a third-world problem in most reporting, a “them” problem rather than an “us” problem. Westerners are now forced to confront oppressive practices their own neighbors are forcing their young daughters into.

Genital mutilation is not an uncommon practice in the U.S. Those who are intersex, individuals born with XXY chromosomes and/or exhibit traditional male and female sex characteristics, are often subjected to multiple invasive procedures to cosmetically “fix” their genitals as infants or young children. These surgeries can range from conventional sex assignment surgeries to sterilization. Nearly all of these irreversible procedures are performed without their consent.

In 2017, two Michigan doctors were brought to court on charges of illegally performing FGM procedures. The judge dismissed a number of their charges and declared the federal law banning FGM unconstitutional.

The inspiration for the Tori Amos song “Cornflake Girl” came from a conversation she and a friend had about FGM in Africa. In a 2012 interview, Amos explains that she and her friend “were talking about the idea that women are being betrayed by a grandmother, or a mother, or an older sister. That the women you trust the most are taking you into this butchery. And we had a term for those people, those girls, that would turn on you, […] would expose something that you trusted them with, and really let you down. […] So those girls were called Cornflake girls.”

“Cornflake Girl” was written as a shockingly modern commentary on FGM. The single was released in 1994, over 20 years ago.

With young girls’ own families turning on them, allowing their daughters to be mutilated, the American public will have to confront the modern butchery occurring in their own communities. We must acknowledge FGM and child marriage now transcends religious and racial boundaries. This is not just a Muslim or African problem, but also a white one, a Christian one, an American one, and a global one.

Currently, Jennifer has a petition up on change.org to make FGM illegal in Kentucky. You can donate to the AHA Foundation here to stop FGM and child marriage.

UK Takes On New Law To Protect Girls From FGM

Tags: FGM , female genital mutilation , America , christian , conservative , surgery
Support Feminist Media!
During these troubling political times, independent feminist media is more vital than ever. If our bold, uncensored reporting on women’s issues is important to you, please consider making a donation of $5, $25, $50, or whatever you can afford, to protect and sustain BUST.com.
Thanks so much—we can’t spell BUST without U.