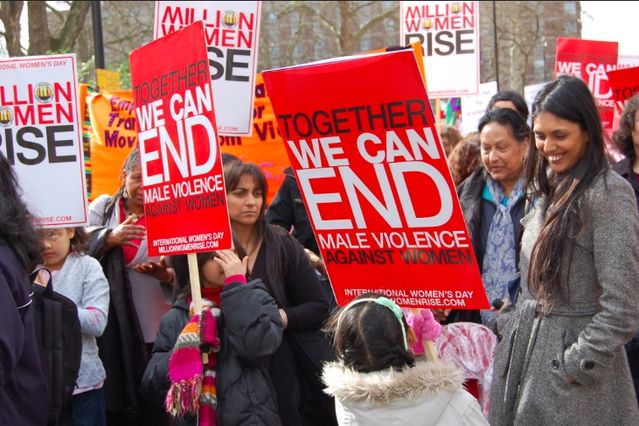 It’s a win for women in the House of Representatives, who just passed legislation reauthorizing 1994's Violence Against Women Act with stronger plans to broaden transgender rights and restrict buying guns by convicted domestic abusers. The legislation will now go to the Senate.

The NRA opposed the bill due to its gun restrictions, which had the GOP figuring out how to salvage their case, but the result was ultimately in favor of domestic abuse survivors and women everywhere with a vote of 263 to 158, as reported by NPR.

The VAWA quietly expired last December which is dangerous for because, according to the National Sexual Violence Resource Center, one in three women and one in six men experienced some form of contact sexual violence in their lifetime in the United States. During the partial government shutdown, the VAWA was also affected, since it helps survivors of domestic abuse, stalking, and sexual assault have access to rape crisis centers and shelters, as well as legal assistance.

Perhaps the most controversial provision of the new reauthorization is the lowering of the criminal threshold to ban someone from purchasing a firearm to include misdemeanor convictions of stalking. Currently, this only applies to felony convictions. Something else that will be changing is the “boyfriend loophole,” which will also expand gun constraints to domestic partners convicted of stalking or abuse charges. The VAWA will now also be sure to clarify that exisiting protections also apply to transgender women, allowing access to shelters and housed in facilities that match their gender.

Representative Debbie Dingell, a Democrat of Michigan, said to her peers before the final vote, “Do not let the NRA bully you.” And on Thursday, they didn’t.

Tags: bill , act , violence against women act , democrats , GOP , gun laws , house of representatives , senate
Support Feminist Media!
During these troubling political times, independent feminist media is more vital than ever. If our bold, uncensored reporting on women’s issues is important to you, please consider making a donation of $5, $25, $50, or whatever you can afford, to protect and sustain BUST.com.
Thanks so much—we can’t spell BUST without U.