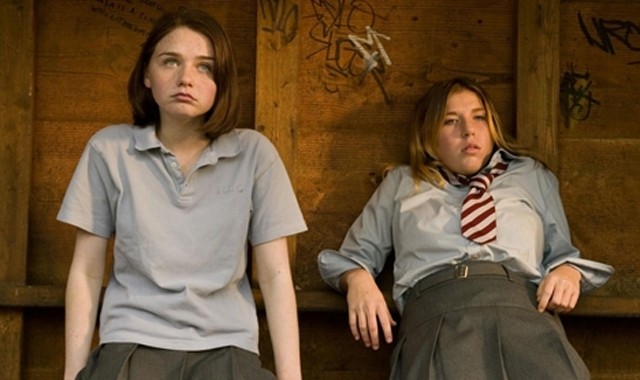 The boys at a high school in Bethesda, Maryland, one of the most affluent neighborhoods in the country, created a list to rank their female classmates, reported the Washington Post. It included 18 girls from the Chevy Chase High School International Baccalaureate Diploma Program. The boys rated the girls on a number scale that ranged from 5.5 to 9.4.

The list was created over a year ago but it resurfaced last month and was circulated through texts and word of mouth. It only took about 24 hours for dozens of girls to be aware of the list. The girls started reporting feeling uncomfortable getting up to go to the bathroom during class because they were worried that the boys were watching and waiting to “edit their decimal points,” Lee Schwartz told Washington Post.

The girls found out that after an investigation into the list, school administrators decided to only discipline one of the boys behind the list. He would be given in-school detention for one day and it would be kept off his record. The girls were not satisfied with this outcome. They demanded disciplinary actions, as well as a schoolwide assembly about the toxic culture they were living in. Washington Post reported that a student named Behbehani said, “It was the last straw, for us girls, of this ‘boys will be boys’ culture. We’re the generation that is going to make a change.”

About 40 girls went to the school’s main office the next day during lunch to tell the administrators that they “felt unsafe in this environment” and were “tired of this toxicity.” One of the students read a statement she had written: “We want to know what the school is doing to ensure our safety and security. We should be able to learn in an environment without the constant presence of objectification and misogyny.”

The administrators agreed to have a large meeting with all of the students in the Baccalaureate Diploma Program, including those who were behind “the list.” That Friday, which also happened to be International Women’s Day, they gathered in a large conference room for the meeting. Many of the girls prepared speeches and personal statements detailing the list as well as their other experiences with toxic masculinity including harassment, abuse, and objectification.

A senior student named Rose Frank said, “I feel it when walking home from school, I get cat-called by a man in a truck who repeatedly asks me to get in his car, and follows me home when I don’t. I feel it when my mother tells me that my third ear piercing will ‘send the wrong message’ in a workplace setting, and that in the future it’s best to let my hair down for job interviews.”

Some of the boys told Washington Post that it was awkward sitting in a room and being directly addressed by a number of upset girls. The ring leader behind the list said, “It’s just a different time and things really do need to change,” he said. “This memory is not going to leave me anytime soon.”

There is a long history of similar types of lists and objectification in high school. A lot of us grow up being told “that’s just the way it is” or “boys will boys” or the infamous “it’s locker room talk.” It is inspiring to see teenage girls not take any of those excuses as an answer. They are demanding a safer learning environment, and as it turns out, the boys were actually receptive and able to learn from their behavior when given the opportunity instead of going their whole lives thinking this type of behavior is okay.

Tags: toxic masculinity , list , girls , high school , students , safe space , safety , learning , education
Support Feminist Media!
During these troubling political times, independent feminist media is more vital than ever. If our bold, uncensored reporting on women’s issues is important to you, please consider making a donation of $5, $25, $50, or whatever you can afford, to protect and sustain BUST.com.
Thanks so much—we can’t spell BUST without U.