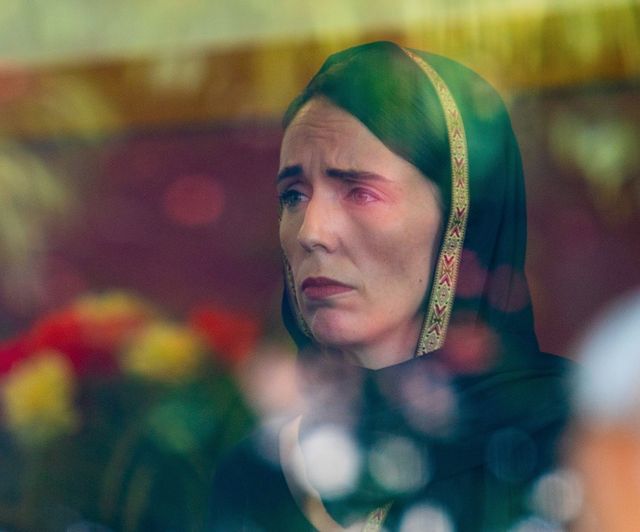 “On 15 March our history changed forever. Now our laws will too. We are announcing action today on behalf of all New Zealanders to strengthen our gun laws and make our country a safer place. Every semi-automatic weapon used in the terror attack on Friday will be banned. This legislation will be drafted and introduced in urgency.”

Earlier in the week, she called for social media companies to be held accountable for the content published on their platforms. While recognizing that social media was not the direct cause of the massacre, she argued that it has become an environment where hatred and racism flourish. The white supremacist gunman livestreamed the shooting on Facebook which remained available on various platforms hours after the murders took place, as companies rushed to erase the footage.

New Zealand’s response to the attacks are strikingly different from the attitude of the National Rifle Association and its supporters in the United States. Decades of mass shootings and recent polling, in which 73 percent of Americans say more action is required to stop gun violence, have not convinced the government. It took one mass shooting for New Zealand’s government to take concrete measures against gun violence.

Ardern showed the U.S what exemplary leadership looks like on account of her reaction to the tragedy. She didn’t tweet empty “thoughts and prayers” sentiments. She visited victims’ families and listened to their grief. She spoke candidly at Cashmere High School where some of the victims attended and condemned racism and bigotry. She refused to mention the suspected gunman’s name saying, “He may have sought notoriety, but we in New Zealand will give him nothing, not even his name.”

These actions set an incredible precedent for governance. And, they leave many Americans wondering if our nation’s leadership will ever reach that standard.

Don't Get Mad, Get Elected: The How-To Guide For Launching A Political Campaign