5 Female Geniuses From History You Need To Know 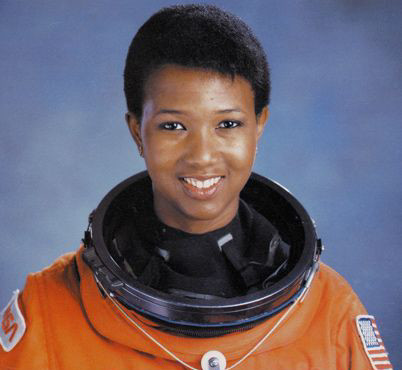 Hypatia was a genius. She was a mathematician, astronomer and inventor. Our babe had some serious brains and was also ballsy as fuck. She’s one of the first recorded women in mathematics—if not the first.

Yeah, we haven't even started and you already KNOW she's the greatest...

Hypatia was born sometime between 350-37 BC in Alexandria (an Egyptian province). Her dad, Theon, was one of the last members of the Library of Alexandria (an incredibly fancy palace of knowledge). A famed mathematician, Daddy Hypatia wasted no time teaching his little girl everything he knew.

Now, Hypatia was super smart and she quickly surpassed her Dad’s (pretty bloody genius) intellect… and so the student became the teacher.

People came from miles around to hear her teach, and around 400 BC, she became the head of The Platonist School in Alexandria where she lectured on mathematics and philosophy.

But this is history….so it doesn’t stay good. (Sorry.)

See, back then science and the like was considered a pagan pursuit by Christians, so Hypatia’s teachings were not going down well with the locals. In fact, they were not fans to the extent that they formed a mob and killed her… 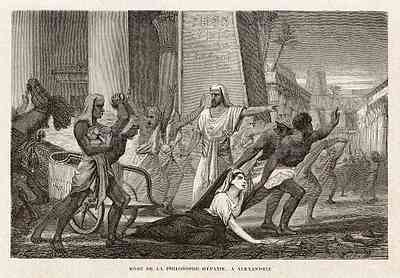 Death of the philosopher Hypatia, by Louis Figuier

But her work lived on; her influence monumental. Sadly we don’t have any of her surviving work, but she had a real impact on her peers, who talked about her with a reverence that was awe-inspiring. 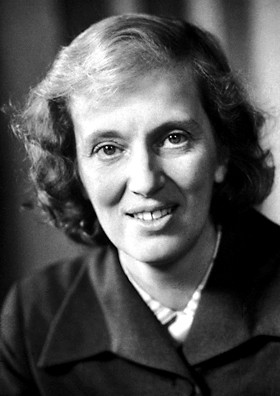 Dorothy is a scientific marvel. Fact. She specialised in X-Ray Crystallography, which basically is a way to decode the structure of biomolecules. This was important in recreating synthetic structures in 3D to replicate those biomolecules. Like, for example, PENICILLIN! INSULIN! And other stuff people need to not die…

Dotty studied chemistry at Oxford in 1928, and left with a first class honours degree. This was pretty bloody amazing at the time, as there were limited spaces available for women to study at degree level (damn you, patriarchy!). In fact, Dotty was the third woman to receive a first in the history of Oxford University!

After smashing it with her degree, Dotty went on to study her doctorate at Cambridge where she became interested in X-Ray Crystallography.

She came back to Oxford in the late 1930s to continue her research and also to teach a new generation of Crystallographers.

In 1945, Dotty had her first big breakthrough…penicillin! She pinned down the molecular structure of penicillin, a revolution in medicine that would save countless lives.

Science, successfully staying the only thing keeping us from death!

But Dotty didn’t stop! She later cracked the coding for insulin and B12, for which she was awarded a Nobel Prize in Chemistry in 1964. She is still the only British woman to receive this honour. 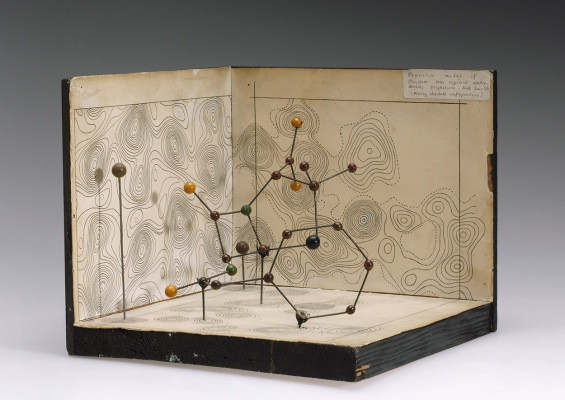 Dorothy’s model of the stucture of penicillin

During all of this Dorothy pioneered new techniques to better capture the structures of even more complex biomolecules. Medicine owes one Dotty one hell of a debt! 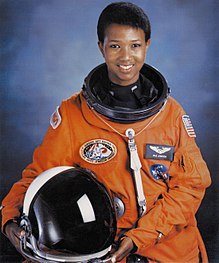 Mae is famous for being the first African-American woman in space, but that ain’t all she’s done (though it is still quite a lot…)

Born in 1956, she grew up with a fascination for space travel and was obsessed with the coverage of the Apollo missions, as well as being a massive Trekkie (Lieutenant Uhura was her absolute hero)

And who can blame her?

Mae was also a shit hot dancer, training in every type of dance imaginable. But she also had that passion for science, she struggled with what to do….be a dancer or doctor? Her mum told her:

That settled things. Mae trained to be a doctor at the Cornell Medical College and got her degree in 1981. As soon as she got that under her belt, Mae joined the Peace Corps (because Mae is the best like that).

After the Peace Corps, Mae applied to NASA; the dream of going to space one she just couldn’t get out of her head. And then she got the call…she was going to be an astronaut!

In 1992, Mae was a mission specialist on mission STS-47 on the space shuttle Endeavour. Mae often started her recordings in space with the classic trekkie line:

Uhura would be proud

After she returned to earth, Mae quit NASA and went on to found her own company, The Jemison Group, that develops science and technology for everyday use. Another one of her companies developed a device that mean doctors can monitor a patient’s day-to-day nervous system functions, which was developed from NASA technology.

But Mae still can’t quite shake the stars. She’s the principal of the 100 Year Starship project who aim to travel to the next solar system by the next 100 years AND are looking at developing ways to improve recycling & develop more efficient and green fuel solutions (Peace Corps for life!).

Live Long and Prosper Mae, we think you are an absolute legend.

Wang Zhenyi is was born in 1796 in China. She was fascinated by eclipses, which were still a mystery back then, but Zhenyi knew it weren’t no magic making that happen!

She wrote a paper on what she she thought was going on and created a model for those less wordy; using a globe, a mirror and a lamp, Wang showed how the eclipse was made by the moon blocking out the sun. Simple!

But Wang didn’t stop there. At the age of just 24, she wrote a book called Simple Principles of Calculation…I don’t know what you were doing at 24, but I know I wasn’t spending my time molding mathematics..

With all this science and maths, you’d be forgiven for thinking Wang was just a giant brain….but she had a huge heart to match. She wrote political poetry, touching on topics like gender equality, and in her additional spare time she worked to ease the suffering of China’s poor.

How can one twenty-something do this much?!?

She died aged only 29. But in her short life she published so many papers on maths, the solar system as well as some lush poems. Her work influenced countless numbers of clever clogs who came after our girl.

I’ll leave you with this mic drop of a poem by Wang:

IT’S MADE TO BELIEVE, WOMEN ARE THE SAME AS MEN; ARE YOU NOT CONVINCED, DAUGHTERS CAN ALSO BE HEROIC? 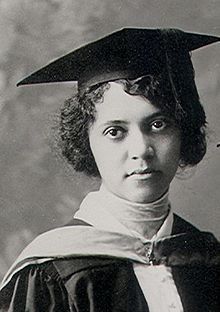 Alice in her graduation gear ?

Born in 1892, Alice grew up in Seattle and took an interest in chemistry when helping her photographer grandfather develop shots in his darkroom.

Super smart and a tough cookie, she become both the first woman and the first African-American to graduate from the University of Hawaii.

Just casually breaking all the boundaries

With those barriers firmly broken, Alice moved onto a bigger task…saving Hawaii.

See, Hawaii had an influx of patients suffering with leprosy. It got so bad that people with the disease were arrested and shipped off to a leper colony on an island off the mainland! The only treatment was a very painful injection of oil made from chaulmoogra tree seeds…and it only relieved some of the symptoms.

But, Alice had a solution! When she was 24, Alice figured out a way to make the oil injectable! She isolated the ethyl esters of the fatty acids in the oil.

Sadly Alice died shortly after perfecting this method (likely from inhaling chlorine gas during research) One of her fellow peers at Hawaii university decided to be a total shit rag and tried to steal her research and pass if off as his own. BUT thankfully, one of Alice’s mates put that fucker in his place.

I WILL CRUSH YOU!

The treatment worked. It meant people affected with the disease could now go home and see their families, and Hawaii stopped arresting their sick and chucking them on an island to forget about them.

Alice’s method of treatment, known as The Ball Method, was so good that it was used until the 1940s to treat patients with leprosy.

Her influence was huge in combating this disease, though it did take the University of Hawaii NEARLY 90 YEARS to recognise Alice’s achievements by putting a plaque to her on a chaulmoogra tree outside the University.

5 Important Hawaiian Women You Should Know