Here's Why the Klobuchar-Salad-Comb Fiasco Is Sexist 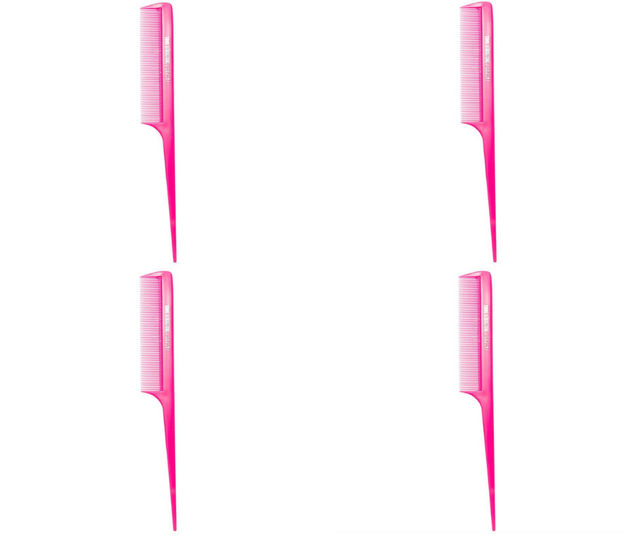 Many have already spoken out about the surprisingly vicious and sexist take-down of Amy Klobuchar by The New York Times. As we now know, Senator Klobuchar can be a demanding boss.

But the most striking anecdote—the one meant to reveal just how dreadful Senator Klobuchar can be, involved a salad, an airplane, and a comb. If you saw the piece, you surely remember this part, the very first example described in the article:

“An aide, joining her on a trip to South Carolina in 2008, had procured a salad for his boss while hauling their bags through an airport terminal. But once onboard, he delivered the grim news: He had fumbled the plastic eating utensils …the crew did not have any forks. …What happened next was typical: Ms. Klobuchar berated her aide instantly for the slip-up. What happened after that was not: She pulled a comb from her bag and began eating the salad with it, according to four people familiar with the episode. Then she handed the comb to her staff member with a directive: Clean it.”

With this, I presume, The New York Times intends for us to recoil in horror. True, it is an unpleasant story—who wants to eat a salad with a comb? And yes, many have already pointed out just how skewed our expectations of women politicians are, how quickly we rush to condemn them for having a temper or being abrupt with employees—while we overlook infinitely worse private behavior from male politicians. (Bill Clinton was known to be quick to anger…can you remember a single anecdote about that? I’ve read of Barack Obama being quite terse in meetings with certain aides, but again, we have no ‘salad’ tales of him.)

The salad story is actually a highly detailed, specific illustration of what happens when women command authority or professional status in any field, not just politics.

But what we have not explored—and need to—is what this specific Klobuchar story reveals about what we think of women in the public sphere. Far from being a generic example, randomly selected to show a bad temper, the salad story is actually a highly detailed, specific illustration of what happens when women command authority or professional status in any field, not just politics.

Allow me a brief, personal digression—it’s relevant, I promise. When I was in my late twenties, I became a university professor. I was the youngest person in my department, and although there were some senior women, the men held the positions of authority. Our department was having a particularly stressful series of months, with many long committee meetings, heavy amounts of administrative work, and a lot of strain. In the midst of this, as some senior male colleagues and I were grousing together about our burdensome workload, I chimed in with a remark along the lines of “I’ve been so busy, I don’t think I’ve done my laundry in six weeks.” The conversation screeched to a halt. The men looked at me blankly. One in particular had a sneer of revulsion on his face that I can never forget. No one said a word. I skulked out soon after.

What had happened? I had broken a kind of fourth wall of professional life in a male-dominated field: I had spoken of a very personal, intimate matter: laundry. I had suggested that my private life was out of control. That my clothes were dirty, perhaps that my home was messy, perhaps that I myself, by extension, was dirty and disordered. I had, almost literally, ‘aired my dirty laundry in public.’ My male colleague’s disgust was an automatic recoiling from the mention of my unmentionables.

I later discovered that this man—and many other men I worked with— had a wife at home who did his laundry for him. The faculty wives also did the grocery shopping, made dinner, ran errands, scheduled medical appointments, and generally kept the professorial households clean, orderly, and functioning. So of course my colleague was horrified at my laundry remark—it was unimaginable to him that work problems could, in any way, be connected to laundry problems. Work was lofty, serious and professional. To speak of laundry in the workplace was to create a collision of public and private, serious and trivial—and, crucially, masculine and feminine tasks. As a professional woman (who couldn’t afford a housekeeper), I lived necessarily and simultaneously in both the public and private, the professional and the domestic. I did not, and could not, separate them.

The Klobuchar salad debacle proves how much we still expect to maintain a strict divide between public and private lives, between official work and intimate chore.

These days, I like to believe that things have changed. That women and men’s lives are more integrated. That professional men do the laundry, and women need not fear mentioning their domestic tasks and responsibilities. That we are far closer to gender parity.

Then along comes the Klobuchar salad debacle, which proves how much we still expect to maintain a strict divide between public and private lives, between official work and intimate chores. And it proves just how severely women are still punished for merging those two realms, for somehow exposing their domestic (read: feminine, messy, inappropriate) selves to the professional world (as I had with my laundry remark). Here’s how it breaks down:

Klobuchar’s first implied crime here is outsourcing the provision of food. She requires someone else to provide her lunch. Note that the aide is a man and that the Times mentions that he procures the salad, “while hauling their bags through an airport terminal.” Translation: He was already working hard enough. He was hauling bags, a masculine task. And those bags must have been heavy! We know this from the word, “hauling.” Only a witch would force this poor, put-upon man to shoulder the weight of a whole salad on top of such heavy bags!

Inherent in this part of the story is the cultural presumption that it is unnatural for a man to fetch food for a woman. Women provide food for men, not the other way around.

Deprived of a fork (because of the aide’s blameless "fumble"—a verb that paints him as the over-burdened one here), Klobuchar contrives a terrific solution: her comb. Here again though, she has broken the codes of femininity. A comb is for personal grooming; it belongs to the private, domestic realm of beautification. My mother taught me not to comb my hair in public, specifically because one needs to keep these womanly tasks invisible, at home. But Klobuchar did the opposite: she took out a personal household item and used it for an unintended purpose. Rather than praise this clever idea, the Times presents it as grotesquely strange: “What happened after that, they write, “was not [typical]: she pulled a comb from her bag and began eating the salad…”

To allay our incredulity over so shocking an event as the senator spearing cherry tomatoes with her comb, the Times helpfully adds that it confirmed the incident with “four people.” Thank goodness there were witnesses.

By eating with a grooming implement, the Senator had conflated two different private, domestic activities. Like a poor hostess, or a woman without clean laundry, she “made do,” forcing those around her to see her cope with a kitchen-sort of problem, mixing two feminine realms, grooming and serving food.

When women stray noticeably beyond the boundaries set for them, and when we blur those same boundaries, the dragons guarding the gates of power breathe fire.

And then, the coup de grace: Klobuchar’ s final transgression was to ask that the poor, poor man who’d lost her fork to wash the offending comb. Here again, her crime seems to be not only that she made a demand (‘clean this’) but that she’d palmed off on someone else—a man!-- the housewifely chore of dishwashing. Senator Klobuchar failed to live up to her domestic responsibilities. She did not wash her own ‘fork.’ Eleven years ago.

Within this lone anecdote lies a world of cultural traps still confronted by women—the most important being how very easy it is for us to step out of ‘place,’ how disruptive it is when we blur the distinctions we are supposed to maintain—between private and public, domestic and political. Combs and forks.

And when women stray noticeably beyond the boundaries set for them, and when we blur those same boundaries, the dragons guarding the gates of power (such as The New York Times) breathe fire.

It pains me that a distinguished paper like the Times would fall prey to such un-self-reflective coverage, airing so uncritically the disgruntlement of Senator Klobuchar’s staff members. ( It pained me similarly last week when the Times devoted so much of its obituary of the talented Lee Radziwill to demeaning comparisons with her sister, Jacqueline Kennedy Onassis.) Feminism means a lot more than just covering women in the news. It means avoiding narrative structures based on sexist fairy tales. It means moving beyond constraining divisions, like the one between the feminine private and professional public. Real progress requires much closer attention to the frames into which we slot women’s stories.

Rhonda Garelick writes on fashion, politics, the arts, feminism, and popular culture. She is Professor of Design History and Theory at Parsons/New School University, and has taught at the University of Nebraska-Lincoln, Connecticut College, NYU, Princeton, and the CUNY Graduate Center. Rhonda is the author of three books, most recently, Mademoiselle: Coco Chanel and the Pulse of History. Her forthcoming book is devoted to fashion and presidential politics. Rhonda’s column, “Reading the Signs,” appears regularly in New York Magazine’s “The Cut,”  and she writes often for other newspapers and magazines. She is a Guggenheim fellow and a Fellow of the New York Institute for the Humanities, and received her BA and PhD from Yale University. For years, Rhonda also had a second career as a corporate consultant, specializing in fashion, media, and. She lives in New York City with her husband, Daniel. You can follow her on Twitter at @rkgar

Tags: Amy Klobuchar , New York Times , sexist , salad , comb , Amy Klobuchar , salad , comb , New York Times , Presidential candidates
Support Feminist Media!
During these troubling political times, independent feminist media is more vital than ever. If our bold, uncensored reporting on women’s issues is important to you, please consider making a donation of $5, $25, $50, or whatever you can afford, to protect and sustain BUST.com.
Thanks so much—we can’t spell BUST without U.