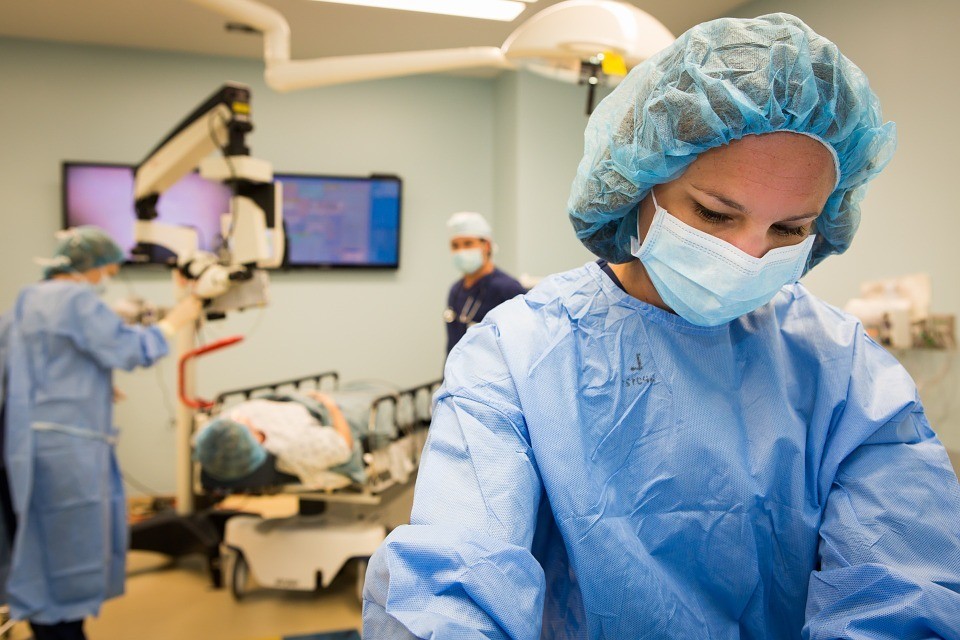 Most people are familiar with Larry Nassar, the doctor who molested hundreds of young athletes in his care, and Robert Hadden, a Columbia University OBGYN who is at the center of a class action lawsuit for digitally penetrating, fondling, and even licking patients on his exam tables for two decades, but few are aware of the sexual abuse and discrimination that female medical professionals face. A group of medical professionals is partnering with Time’s Up to bring awareness to the harassment in healthcare and to demand safety and equality in their workplaces and learning spaces.

InStyle Magazine spoke with Dr. Esther Choo and her eight-person committee who are behind Time’s Up Healthcare, which officially launches on March 1, 2019. In the InStyle article, Dr. Choo and her colleagues compare the work environments at hospitals, medical centers, and research institutions to locker rooms, fraternities, and firehouses where testosterone rules. Many of the women have experienced inappropriate touching and comments about their bodies, sex lives, fertility plans, and loss of virginity while at work. Jessi Gold, who is now an Assistant Professor of Psychiatry, remembers an emergency room hazing experience she had while she was still a student. Gold was observing an operating room where a man was dying after being shot. In the midst of the chaos, Gold’s supervisor ordered her to massage the heart back to beating, a skill that takes years of expertise to master, Gold didn’t want to disobey orders, so she frantically worked to massage the heart. She eventually realized that the room full of men was laughing at her and they were all in on a joke—they all knew that the man had already died.

From experiencing assault in “dark corridors” of the ER, to feeling like “the operating room is the locker room,” women in healthcare are finally speaking out. They’re forming Time’s Up Healthcare, the organization's next industry-specific offshoot. https://t.co/2oJQb3eTNB

Time’s Up Healthcare’s goal is to connect women, educate leaders, present solutions for long-term culture shifts, provide financial support for women to take legal action, and to ultimately shift the healthcare industry away from its “boys club” culture. Dr. Choo told InStyle, “Our fundamental proposition is that women are different than men, and if you bring more of us into healthcare in safe, respectable, and equitable workplaces, the workplace gets better and healthcare gets better.”

According to the Journal of the American Medical Association, 30% of female physicians report being sexually harassed on the job. In a study by the National Center for Biotechnology Information, 33% of nurses have experienced physical violence and bullying. The National Academics of Sciences, Engineering, and Medicine told InStyle that 50% of medical students report being harassed before they graduate. According to the Bureau of Labor Statistics, 80% of healthcare workers are women, but only 11% of hospital CEOs are female, and 0 women serve as a CEO of a Fortune 500 healthcare company. Time’s Up Healthcare is trying to increase the number of women in these top leadership roles to improve work environments.

The work that Time’s Up Healthcare is doing is incredibly important. For one, a toxic work environment impacts the quality of care given to patients; removing the toxicity will benefit all involved. The founding committee of Time’s Up Healthcare are all volunteering their time towards this cause and, as Dr. Choo told InStyle, “Women are asked to fix, for free, what men impose in their paid time.”

Dr. Mags Portman, Who Pioneered HIV Treatment In The UK, Has Died At 44