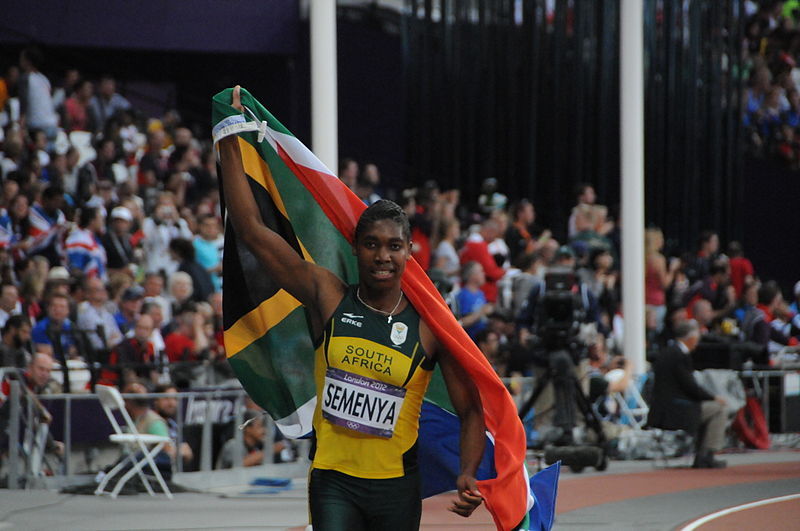 Last year, the International Association of Athletics Federations (IAAF) proposed a testosterone limit on women runners. Caster Semenya, a 2-time Olympic gold medalist and 3-time world champion runner from South Africa, is challenging their restriction in court this week. According to the Guardian, Semenya and her lawyers launched their appeal against IAAF’s limit calling it “flawed” and “hurtful.”

Higher levels of testosterone are often naturally occurring in female athletes, but the IAAF is claiming that their new limit is meant to “empower girls and women” by sustaining a level playing field. In response, Semenya’s lawyers stated, “The IAAF’s regulations do not empower anyone. Rather, they represent yet another flawed and hurtful attempt to police the sex of female athletes. Ms. Semenya’s courage and perseverance in her fight to run free is an inspiration to young athletes in her home country of South Africa and around the globe.”

The Guardian’s most recent article on Semenya’s case detailed the history of IAAF’s testosterone regulations; in 2011, IAAF initiated a limit on testosterone in female athletes to 10 nanomoles per liter (nmol/L), which is about 5-6 times above the amount typically found in the average woman’s bloodstream. After further research, IAAF claimed in 2018 that there was significant evidence showing that high levels of the hormone resulted in an unfair advantage, specifically in the 400 meter to 1 mile track events. The organization proposed a new 5 nmol/L limit, but only for women competing in the shorter track events. Semenya races the 800 m, so the new regulation would force her and others like her to use hormone suppressants in order to compete. According to the IAAF, competitors would have to get their testosterone levels below the new limit for at least 6 months before competing.

This proposed rule was supposed to be introduced on November 1, 2018, but was postponed until after Semenya’s legal challenge. According to the Guardian, the court has promised a ruling by March 26. If the limit is approved, Semenya will be unable to race in the 2019 world championships.

Caster Semenya’s body has been constantly policed over her career, and she publicly stated last year, “I just want to run naturally, the way I was born.” The policing of women's bodies in sports needs to stop; Semenya is naturally talented, and sports governing bodies should not be able to hinder her genetic capabilities.

Tags: Caster Semenya , IAAF , testosterone limit , legal appeal , Caster Semenya , Olympics
Support Feminist Media!
During these troubling political times, independent feminist media is more vital than ever. If our bold, uncensored reporting on women’s issues is important to you, please consider making a donation of $5, $25, $50, or whatever you can afford, to protect and sustain BUST.com.
Thanks so much—we can’t spell BUST without U.